By Lion_online (self media writer) | 1 month ago 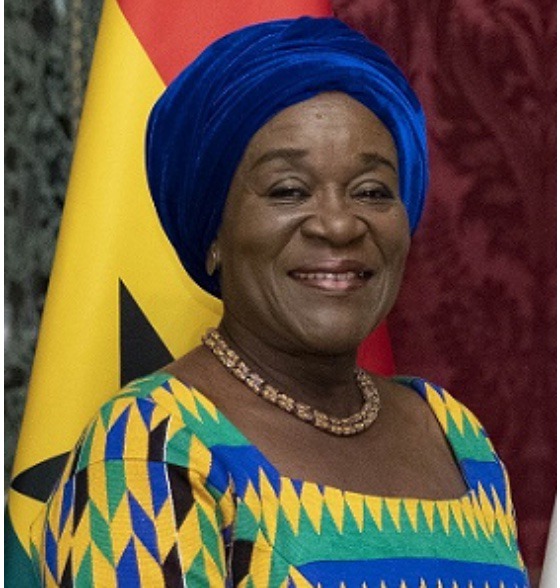 Mrs. Eudora Hilda Quartey Koranteng who is the Ghanaian ambassador to Italy has given the people of Ghana a shock by her sudden death.

The ambassador was believed to have suffered a cardiac arrest on Wednesday 20 October, which top officials in the ministry have confirmed.

She recently hosted the President of the Republic of Ghana H.E Nana Akufo-Addo in Serbia when the President attended the 60th anniversary of the Non-Aligned Movement (NAM) in her concurrent capacity to Serbia. She was fine and said to be in good health or condition.

The Ghana’s ambassador extraordinaire and plenipotentiary to Italy with concurrent accreditation to Slovenia, Serbia, Montenegro and the Food and Agriculture Organization (FAO), died suddenly and painfully as confirmed in Rome.

Sources at the Ministry of Foreign Affairs confirmed to Asaase Radio that she died on Tuesday (19 October) in Rome. 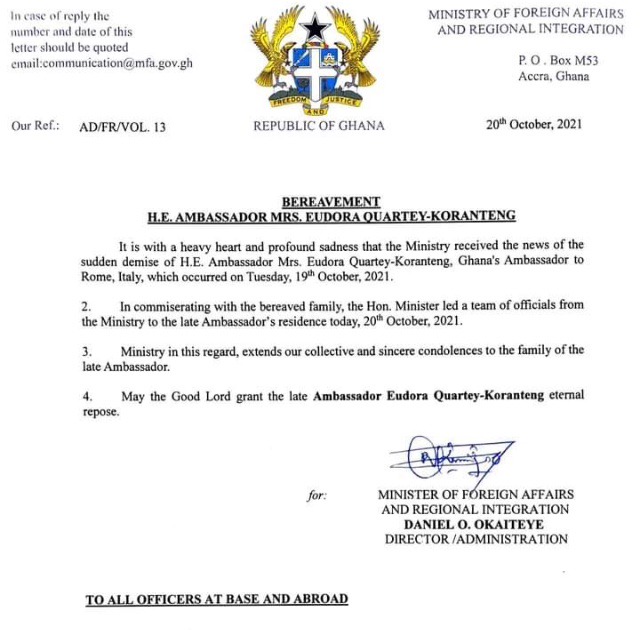 She assumed office on 11 June 2019 after presenting her letters of credence to the President. She was also noted for having improved the efficiency of the mission by introducing an effective online and passport printing system.

In one year she had installed and operationalised the embassy’s biometric passport printing system.

Ambassador Quartey-Koranteng succeeded Paulina Patience Abayage, after she was recalled by President Akufo-Addo to serve as the Upper East Regional Minister.

She is also known by her professionalism and her humbleness in life. She speaks with great passion and also advocates the power and roles of women in the communities. She is an example of a female leader in the African continent. 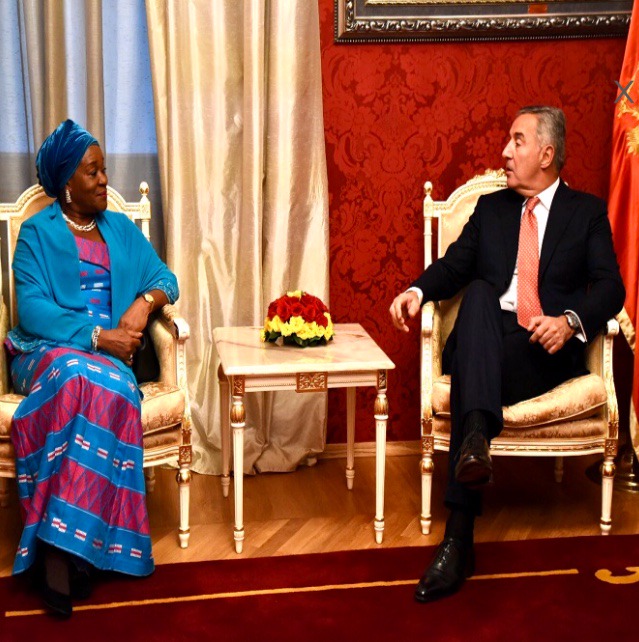 In commiserating with the family, the Hon. Minister led a team of officials from the ministry to the late ambassador to Italy H.E Eudora Hilda Quartey-koranteng’s residence. It was actually yesterday on the 20th October, 2021.

Content created and supplied by: Lion_online (via Opera News )