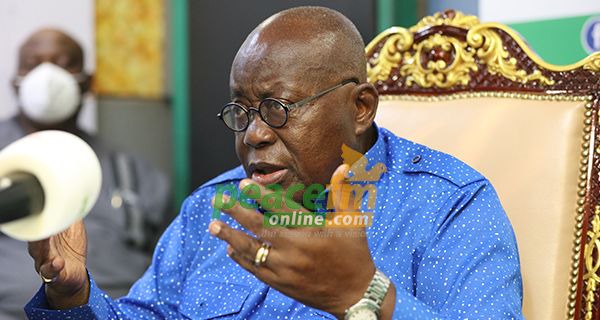 Amidst the brouhaha surrounding the New Patriotic Party's government promise to build a new harbour in Cape Coast, President Akufo-Addo has now apologised, saying his earlier utterance that he had not promised a harbour but a landing site was a mistake. In a conversation on Accra-based Peace FM, the President revealed that he did not have his facts right when he denied the pledge during a tour of the Central Region and duly apologised to the people of the central region.

"Let me admit, I made a mistake on the Cape Coast Harbour issue and I duly apologize," theb President told Kwame Sefa Kayi, Host of Kokrokoo talk show.

The NPP in their 2020 Policy document pledged to build a harbour in the Central Regional Capital to boost trade should they win a second - term during the last General elections. Following the party's victory, the people became excited and were looking forward to the implementation of the pledge but their hopes were dashed when the President in a recent tour of the region denied in a radio interview that he had promised the area, a new harbour. His denial generated heated conversation and media houses have played back tapes of the President and his Vice making such promises on different occasions.

How Mahama In Opposition Forced Cement Prices Down