Frank Mandala Bawumia has been identified as NPP Party activist who reported the incident that happened at Ho when Mahama stop his envoy to help two people who are at the point of death, and called on ambulance to rescue the victim. 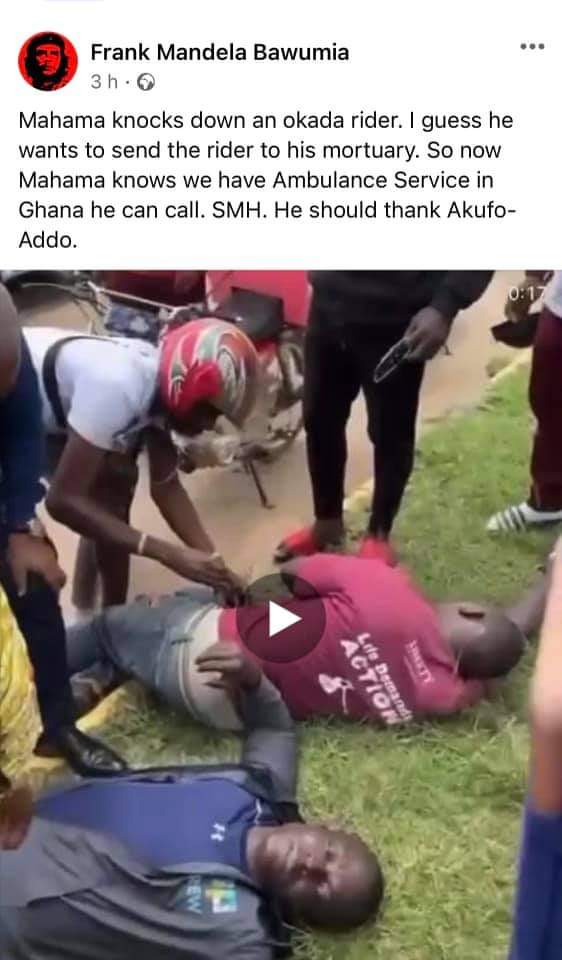 Ghanaians have reacted massively to Yayra Koku's message when he was seen blasting the NPP activist for such reportage against former President John Dramani Mahama and Ghanaians angrily stated that, he should be arrested for such reportage.

"When God was resting on the 7th Day, Satan took the opportunity to form the NPP party awaiting for people like this to join. They take the slightest chance to show the world that when it comes to FOOLING, they are the best" Yayra Koku angrily stated on his social media wall.

Some people reacts that: The most annoying thing is that all the blogs are posting the same thing without any fact check.

"That guy should be arrested and charged for false reportage" someone said.

Another Ghanaian said: The least attention paid to such people the better for straight minded people.

Another Ghanaian was surprised and said: I just watch the video. Eiii Gh Hmmm Lord forgive us all. God bless you JM✌👍💕💕💕

Someone stated that: I reserve my comment because of the last name am not surprised with someone having that name.