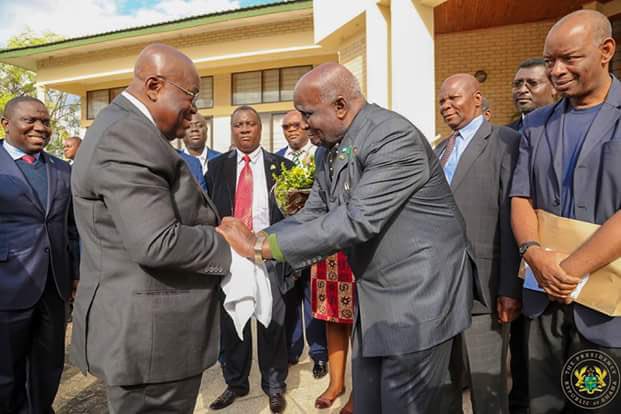 On behalf of the Govt & people of Ghana & on my own behalf, I extend sincere condolences to the President, Govt & people of Zambia on the loss of their first President & one of the icons of Africa’s independence movement, Kenneth David Kaunda. May his soul rest in perfect peace.

David Kaunda was a Zambian politician who served as the first president of Zambia from 1964 to 1991. He was at the forefront of the struggle for independence from British rule.

In 1949 Kaunda entered politics and became the founding member of the Northern Rhodesian African National Congress. On 11 November 1953 he moved to Lusaka to take up the post of Secretary General of the Africa National Congress (ANC), under the presidency of Harry Nkumbula. The combined efforts of Kaunda and Nkumbula failed to mobilise native African peoples against the European-dominated Federation of Rhodesia and Nyasaland. In 1955 Kaunda and Nkumbula were imprisoned for two months with hard labour for distributing subversive literature.The two leaders drifted apart as Nkumbula became increasingly influenced by white liberals and failing to defend indigenous Africans, Kuanda led a dissident group to Nkumbula that eventually broke with the ANC and founded his own party, the Zambian African National Congress (ZANC) in October 1958. ZANC was banned in March 1959 and in Kaunda was sentenced to nine months' imprisonment, which he spent first in Lusaka, then in Salisbury.

While Kaunda was in prison, Mainza Chona and other nationalists broke away from the ANC and, in October 1959, Chona became the first president of the United National Independence Party (UNIP), the successor to ZANC. However, Chona did not see himself as the party's main founder.