It's The Truth; NPP Does Not Have The Men That Is Why Akufo Addo Doesn't Want To Do Reshuffle

The general secretary for the National Democratic Congress(NDC), Johnson Asiedu Nketia has dropped some revelations that may seem surprising to many. 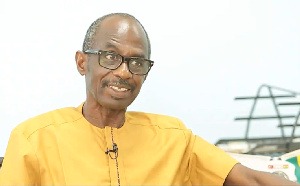 Speaking on Okay FM this morning, Johnson Asiedu Nketia revealed that the president has seen that the NPP doesn't have the men to replace the current ministers and other appointees. He added that it is the main reason the President has refused to reshuffle or change his ministers.

He continued and revealed that the president knows for sure that if he changes his ministers, the next badge of ministers will even make things worse for the country.

"If the people in the country are saying that there is hardship and you are saying you have done performance appraisal to show that your appointees are doing well, then the results of their work is horrible. This means the president has no men in the party. The current ministers are his bests. If he says he wants to change them and bring new ones, they will make things worse for the country" he said 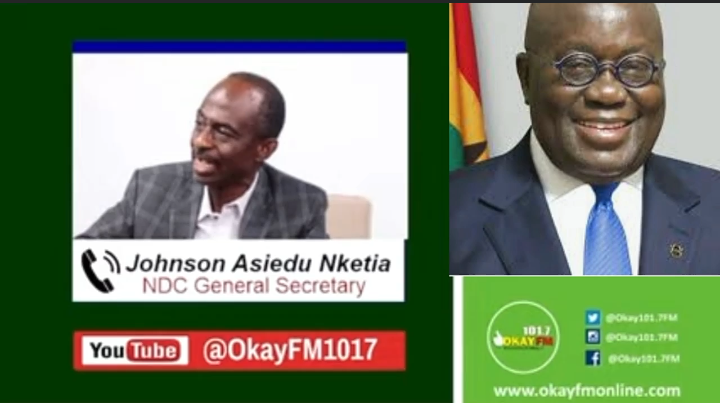 This comes after President Akufo Addo made it clear that he has no plans to reshuffle his ministers. He added that whenever there is a reshuffle in government, several sectors are affected leading to a decline in the country's growth. He heaped praises on his ministers and revealed that they have been outstanding.

"Many of them for me have done outstanding work. Their output has been considerable, and that is what I look at. If the output measures expectations, then I don’t have any strong reasons to heed the call" he said.

The president made these statements while speaking on North Star radio in Tamale few days ago.

Doyin Is Not My Friend - BBN Bella

He knows those behind the Galamsey: Yayra Koku Makes A Damning Allegation Against Nana Addo

The Financial Woes In Brazil In 2014 Were Unveiled By Kwesi Nyantakyi, The Former President Of GFA.