How Dagombas, Others Voted Against Western Togoland In 1956

By Mikkyrace (self media writer) | 1 year ago

The fight for the realization of Togoland has been on for several years. In 1956, the British had planned to put an end to the agitations through a plebiscite that will decide if the people around the Volta area can be given independence and allowed to breakaway from the country. 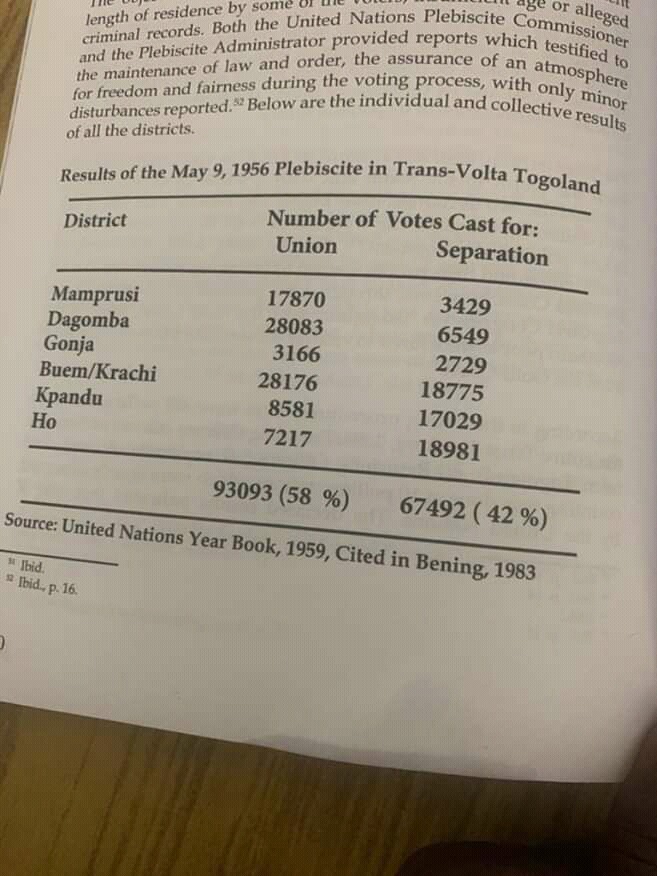 The plebiscite votes was counted by United plebiscite commissioner and the result was declare in favour of a "No Independence". This led to the united government after independence in 1957.

Around 152,000 Voltarians from Mamprusi, Dagomba, Gonna, Krachi, Kpando and Ho voted in the plebiscite. It was recorded that the Dagomba and Krachis were against the idea of self independence and voted massively against it.

Now, if after 64 of the plebiscite, the Ghanaian government decide to call for a referendum in Western Togoland, do you think there is a chance for independence considering the data from the National census office about the Volta Region are?

Content created and supplied by: Mikkyrace (via Opera News )