By SamuelPowellNews (self media writer) | 17 days ago

The junta military in Guinea led by Colonel Mamady Doumbouya on Sunday, 5th September 2021 stage a coup against President Alpha Condé. Professor Alpha Condé was then arrested and hide in an unknown location. The ECOWAS Chair, President Nana Addo Dankwa Akufo-Addo and his associates tried everything possible to convince the military coup to hand over power to constitutional rule but all their meetings were unfruitful.

Aladji Cellou was the spokesman for the Ministry of Defense during the former Alpha Condé government. He is also with President Colonel Mamadi Doumbouya now. Checking the office of Doumbouya, he has the flag of Guinea and another flag there. 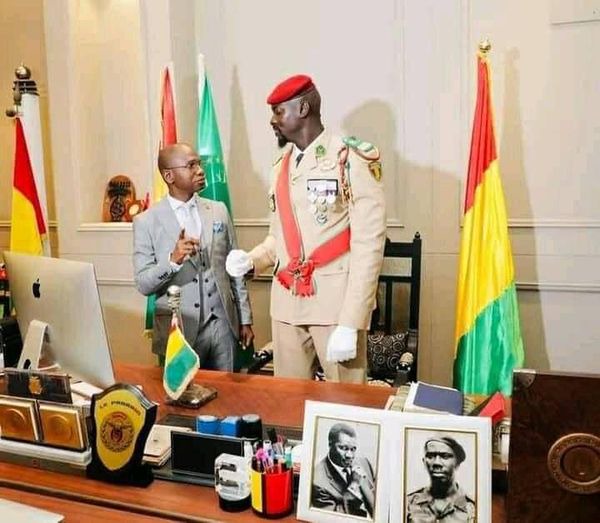 He also some photos of prominent leaders who have helped Guineans get to where they are now on his desk. Some netizens after coming across this picture said that he looks good in his new office as President of Guinea. Others wished him good luck and prayed that he will always have the concern of his people at heart.

Breaking News: Shatta Wale Shot At His Own Residence At East Lagon Today

Result Is Not Our Main Focus - David Obeng Nyarko