By JoshKay_ (self media writer) | 1 year ago 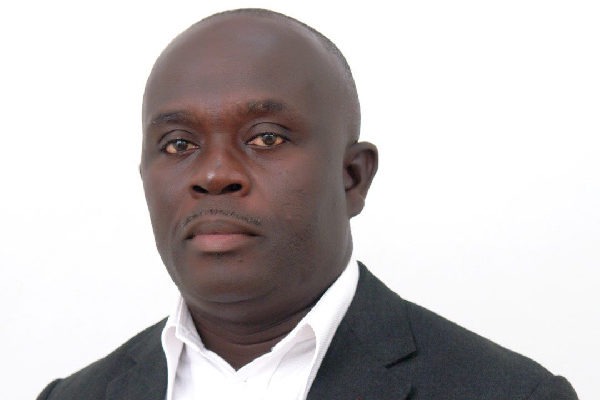 Speaking on the Akoko Avon show on Hello Fm, A Deputy Regional Secretary of the New Patriotic Party in the Ashanti Region, Lawyer Adom Appiah says the NDC is being haunted by their own words, which is why they cannot go to court to seek redress on the election results and declaration the party and its flagbearer rejected.

According to him, the constitution clearly spells out what a party should do in an election dispute and ex-President John Mahama calling for an independent forensic audit was clearly against the constitution.

He said the NDC is haunted by the unpleasant words it uttered through its General Secretary Johnson Asiedu Nketia in 2012, and that is the reason the party is hiding behind forensic audits.

John Mahama has said he will only accept the results of the 2020 presidential election if the Electoral Commission conducts an independent forensic audit of the results after he and his party rejected the results of the December 7 polls, describing the election as flawed and fictionalised.

In an interview with Voice of America, Mr. Mahama showed a just cause for the NDC’s position, adding that the issues raised cannot be swept under the carpet.

“We are currently doing a forensic audit of all the constituencies first to establish what happened and then confirm the figures that we have. Because this case might end up in court…I don’t know, I cannot mention anything for now but we are doing an audit and based on that we’ll take whatever decision we need to take…" he said in the VOA interview.

But Lawyer Adom Appiah disagrees, he said article 64 (1 ) of the constitution clearly spells out what a candidate should do when he does not accept the results and declaration of an election and that is to petition the supreme court for redress.

He said the only reason the NDC is refusing to go to court is that they are being haunted by their own words, and they don’t want to come across as idiots.

“The NDC is being haunted by their own words that is why they are refusing to go to court,” he said

In 2012, the General Secretary of the ruling National Democratic Congress (NDC) admonished the opposition New Patriotic Party (NPP) not to delude itself into thinking that it will win the court action against the EC.

Johnson Asiedu-Nketia said the fact that NPP going to court was inconsequential because any idiot could go to court in a democracy but the onus lies with the judge to determine whether the case has merit.

Content created and supplied by: JoshKay_ (via Opera News )