You Have Caused Financial Loss To The State; Resign When You Return- Captain Smart Fires Akufo Addo 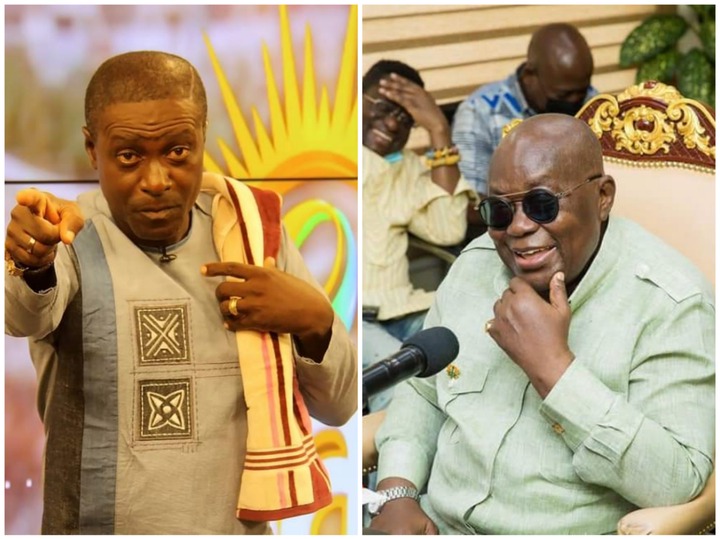 Broadcast journalist, Captain Smart has chided President Akufo Addo for allegedly causing financial loss to the state. He argues that the state-sponsored Hopeson Yaovi Adorye’s travel to the United States of America, despite he not being an official of the government.

Captain Smart said Hopeson Adorye had no place among delegates who traveled with the President for the UN General Assembly, adding that his visit was to orchestrate an agenda against Ghanaian immigrants, especially Twene Jonas to have them deported to Ghana. He charged that Ghanaians hold the President to account for all this expense trip to the US when he returns.

“Nana Addo you have caused financial loss to the state. And if I were you, I will resign when I return from my trip to the US,” he noted.

Captain Smart recounted that former President John Mahama was once rebuked when he sponsored Akua Donkoh of Ghana Freedom Party (GFP) to participate in the Senchi Consensus. On this note, he argued that Hopeson’s participation in the UN General Assembly is a wasted public resource.

He continued with labeling the Akufo-Addo government as being the laziest since the Fourth Republic. Captain Smart justified that Ghanaian youth have lost confidence in the government hence had resorted to travel abroad and rather commit themselves to menial jobs.

He said that Hopeson's mockery of Twene Jonas’ job as a cleaner at a car park in the US is shameful and must be blamed on the government. For Captain Smart, persons as Twene Jonas could have made an impact in their home country if the government cared about the youth and the future development of its human resource.

“This is the laziest government of the Fourth Republic led by Nana Addo Dankwa Akufo-Addo. If this man thinks about the youth, Twene Jonas is less than 40 years and shouldn’t be working in a foreign land.”