The former deputy Ashanti regional minister, Joseph Yammin, has alleged that President Akufo Addo is supporting Dr. Mahamud Bawumia for the flag bearer of the NPP because he doesn't want an Asante to lead the NPP.

Joseph Yammin made this claim on 'Good Morning Africa' on Pan Africa television this morning, 18th January 2022, when he gave his opinion on the flag bearership contest in the NPP.

So, Akufo Addo criticized it and fought former President Kuffour on that, and that is the reason for the lukewarm relationship between the two of them. 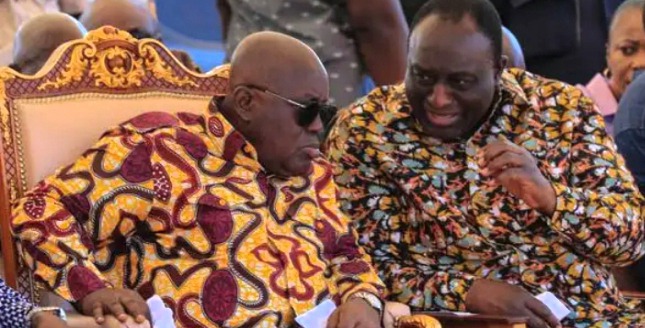 "Today, Nana Addo Danqua Akufo-Addo is supporting Mahamud Bawumia because he thinks that the Asantes do not deserve to rule in the NPP again, and so the very thing that he opposed is what he is doing now. So, they are doing everything to ensure that Alan Kyeremanten doesn't win."

Joseph Yammin alleged that the position in the NPP is that if you are a Northerner in the NPP, the highest position you can go is a running mate, but today, Mahamud Bawumia, because he shares Akufo Addo's vision, and because Akufo Addo doesn't like the Asantes, Bawumia can become the flag bearer, not per the convention of the NPP. "So, they are supporting him, and using everything of the incumbency to the advantage of Mahamud Bawumia."

Joseph Yammin added Dr. Mahamud Bawumia is worse for Ghana as a Vice-president, and as a flag bearer of the NPP.

"Traditions doesn't support Mahamud Bawumia to be the flag bearer of the NPP, but Akufo Addo is saying that as far as the Akyems are concerned, no Asante can rule the NPP." Joseph Yammin further alleged.