By Edoukwah (self media writer) | 11 days ago

The story of the anti-gay bill has been making headlines over the past weeks now. As some people have publicly shown their support towards the bill, others are also in serious opposition of it. When we talk of a bill, it is a proposed law. So something proposed to parliament for it's approval in order for it to become a law.

Should the bill be passed, the LGBTQ incident would be criminalized and many of the victims would face the law. That is something the members of the LGBTQ community are trying hard to prevent, hence the "fight".

One of the popular renowned personalities in Ghana who is fighting for the bill to be passed and become a law is the Member of Parliament for the Ningo-Prampram constituency, Hon. Sam George.

Sam George has gone viral ever since this LGBTQ incident came to Ghana. He has stood his grounds and decided to fight anyone who seems not to be in the same place with him. He got interviewed on CNN and he still stood his grounds even up till now. 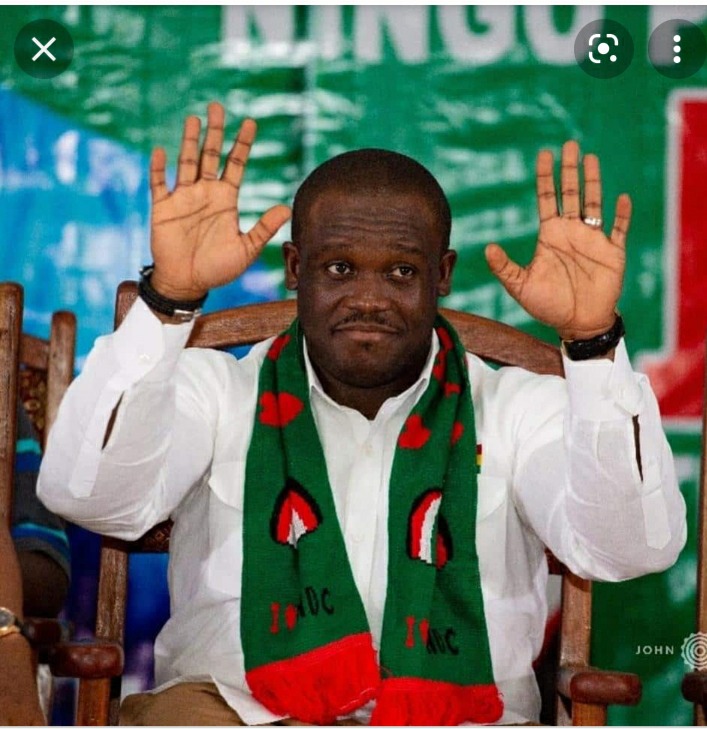 Sam George worships with Perez Chapel International, a church founded by a famous man of God in Ghana, Bishop Charles Agyinasare. Some photos surfaced on social media when the Ningo-Prampram MP was being annointed by his pastor in church as the anti-gay bill fight intensifies even the more.

The fight is believed to be more spiritual than as we see it in the physical realm.

Tilapia the cartoonist who never ceases to amaze Ghanaians in times of heated and controversial incidents has come out with another of his handiwork. He has dropped a cartoon of Bishop Charles Agyinasare praying for and anointing Sam George. The title being "Anointing Ti Fight LGBTQ+.

Take a look at the picture below and leave your comments behind; 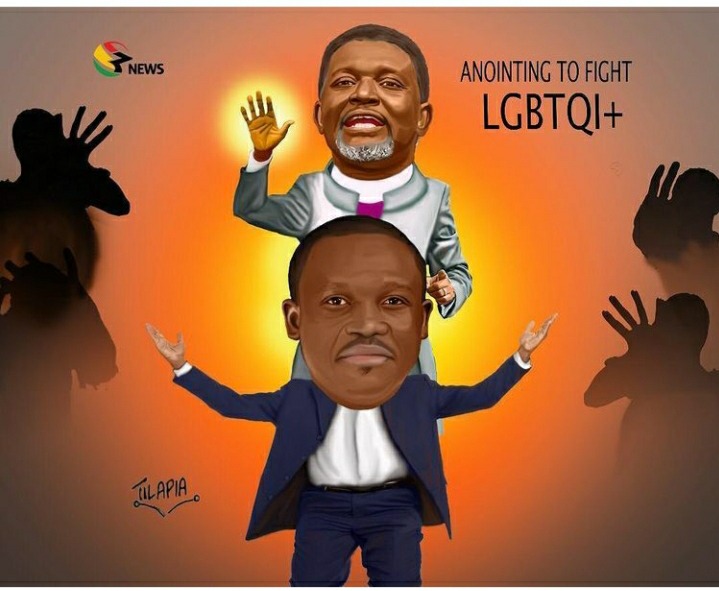