By NewsBox (self media writer) | 15 days ago 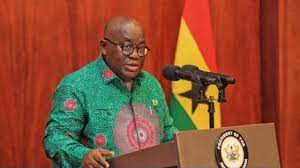 The ongoing approval or rejection of the nominees of the president to head the various metropolitan, municipal and district assemblies has given enough evidence pointing to the fact that, if Ghana will consolidate its democracy then it is time for MMDCEs to be elected by a universal adult suffrage.

Nine months into the administration of the second term of H. E. Nana Addo Dankwa Akufo-Addo, the country is yet to have a full representation for the Metropolitan, Municipal and District Assemblies. Even though some assemblies have successfully approved the president's nominees almost after a month of having their names mentioned, other districts have rejected their candidates where as other assemblies are yet to decide on their candidates.

Pursuant to Article 243 (1) of the 1992 Constitution, the president is to appoint the district chief executive with the prior approval of not less than two thirds majority of members of the assembly at a voting. Since time is far gone, it was the expectation of many that the approval of the nominees would be swift with no set backs. However this has not been the case. The process has been characterized by several set backs and difficulties which are avoidable.

For example, the state could avoid a situation where the president's nominees are rejected as recorded in the ongoing approvals by assembly members in some districts such as Cape Coast Metropolitan Assembly, New Juaben North, Birim Central, Agona East, East Gonja Municipal and many more. More worrying is the report of candidates paying monies to some assembly members before they are confirmed as chief executive officers to head the assemblies. Such reports defeats the purpose of the local government system being practiced by the state and leads to delays in having representatives for the Assemblies. It again affects democratic consolidation and t he gains made so far after practicing the 1992 constitution for almost 30 years. The consequences are that important policy decisions cannot be taken at those levels and the assemblies are deprived of development.

For the purposes of democratic consolidation, public accountability and to expedite action in appointing qualified persons to represent the assemblies, the lessons learnt so far should inform the nation to immediately amend the constitutional provisions on the appointment of MMDCEs. It is time to allow for a universal adult suffrage for Ghanaians to vote for their own MMDCEs to eliminate all the challenges being encountered. Specifically, Article 243 (1) which is not an entrenched provision in the constitution should be amended by parliament to pave way for this exercise to go on going forward as recommended by the Constitutional Review Commission.

The benefits of allowing the Ghanaian to vote for their own MMDCES cannot be over emphasized. It will help bring real development to the various districts, it will help citizens to hold the people they vote for accountable at the local level, it will reduce political tension on central government, help reduce the zero-sum game (winner takes all) in our body politics.

Indeed, our decentralized local government system will be incomplete if the state do not take steps to allow citizens to vote for their own MMDCEs.