Why king is ruling Ewastine 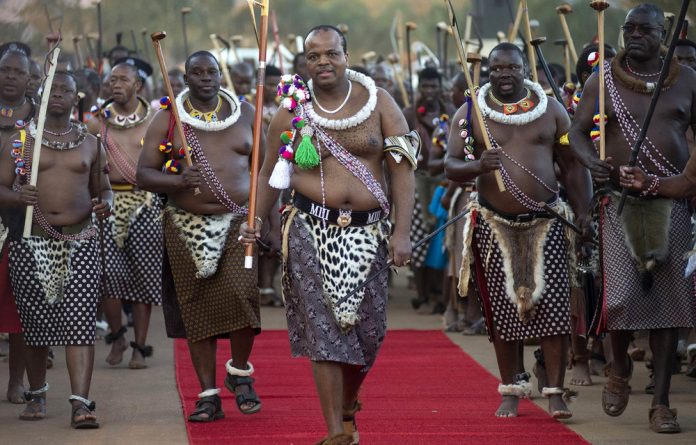 Eswatini is an absolute monarchy with constitutional provisions and Swazi law and Custom.[1][2] The head of state is the king or Ngwenyama (lit. Lion), currently King Mswati III, who ascended to the throne in 1986 after the death of his father King Sobhuza II in 1982 and a period of regency. According to the constitution of Eswatini, the king and Ingwenyama is a symbol of unity and the eternity of the Swazi nation.[3] By tradition, the king reigns along with his mother or a ritual substitute, the Ndlovukati (lit. She-Elephant). The former was viewed as the administrative head of state and the latter as a spiritual and national head of state, with real power counterbalancing that of the king, but during the long reign of Sobhuza II the role of the Ndlovukati became more symbolic. The king appoints the prime minister from the legislature and also appoints a minority of legislators to both chambers of Libandla (parliament), with help from an advisory council. The king is allowed by the constitution to appoint some members to parliament for special interests. These special interests are citizens who might have been left out by the electorate during the course of elections or did not enter as candidates. This is done to balance views in parliament. Special interests could be people of gender, race, disability, business community, civic society, scholars, chiefs and so on. The Senate consists of 30 members, of which some are appointed by the king on recommendation of the advisory council and others elected by the lower house. The House of Assembly has 65 seats, 55 of which are occupied by elected representatives from the 55 constituencies around the country, 10 appointed by the king on recommendation of the advisory council and the attorney general is the ex-officio member. Elections are held every five years