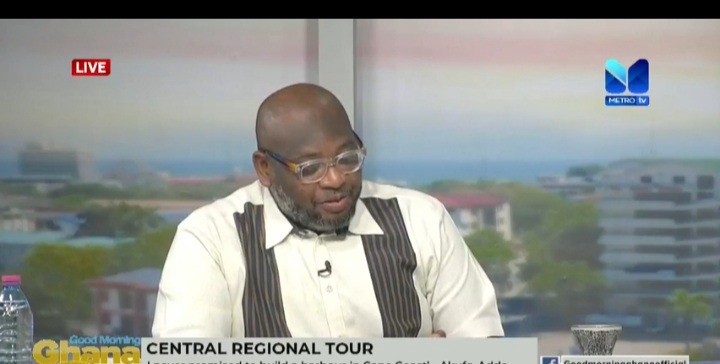 The President of the Republic, Nana Addo Danquah Akuffo-Addo sparked a longstanding controversy between Ghanaians; especially on social media after he made a statement that clearly contradicted the promises in the NPP's manifesto. The President on his Central Regional working tour said that "he and his government never promised to build a Harbour in the Central Region, precisely Cape Coast."

His statement caused massive stir online provided a ground for political enthusiasts and members of the opposition party to trace his statement to the 2020 manifesto of the New Patriotic Party. Many Ghanaians have asserted that the denial by the President is a clear exhibition of the propaganda within the government. As we communicate now, the government has not issued any statement to retract the President's statement.

Responding to the question, the lawmaker registered his displeasure over the attempt by the opposition National Democratic Congress to rely on the President "erroneous" statement to gain popularity and engage in propaganda. He indicated that, the President made a mistake in his statement, owing to the fact that the project was clearly captured in the manifesto of the government.

Speaking further, he indicated that his review of the manifesto revealed that the government promised to build a harbour. However, he stated the project was not captured as a 'priority' in the manifesto because it falls under the category of projects that government intend to work on. He finally called on the general public to remain resolute and firmly believe in the government.

He said, "On the harbour, when I heard the President speak, I picked our manifesto and I went directly to the infrastructural category. At that particular moment, the president missed it. Indeed, in the manifesto we captured that we intend to build the harbour. It was obviously a slip of tongue because the manifesto is quite clear. And if there have been any changes in the cabinet, then the government would inform the public."