Asantehene Refutes Claims Of Feud Between Rawlings And Kufuor

By Allentertainmentgh (self media writer) | 1 year ago

Asantehene, Otumfuo Nana Osei Tutu II has stated that former presidents John Agyekum Kufuor and Jerry John Rawlings had a cordial relationship before the demise of the latter. 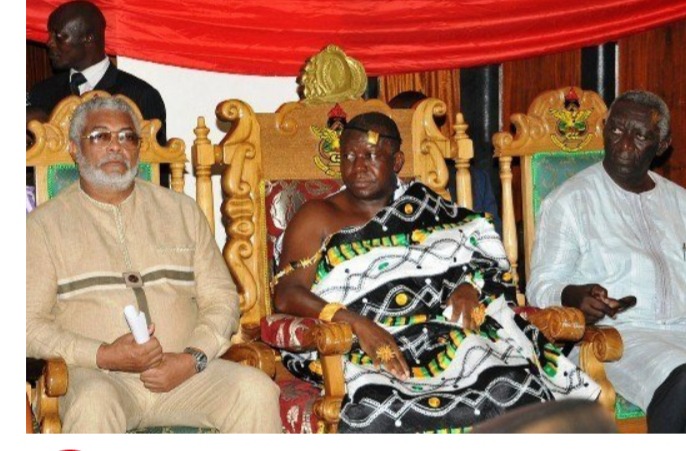 His remarks came in response to ideas of hostility between the first and second presidents of the Fourth Republic.

Asantehene made the point on Thursday when a delegation of 5 from the bereaved family visited the Manhyia Palace to officially inform Rawlings' death.

He also found himself wondering why this scam was still going on. In addition, Asantekhen expressed his willingness to help organize a funeral befitting the country's longest-serving president.

Content created and supplied by: Allentertainmentgh (via Opera News )

The $1.2 Scam: Is The Education Minister Being Smart? And Was Teacher Kwadwo Telling The Truth?