NDC members are not happy about this symbol - Opinion

The NDC has devised ways and means to come out with a clear and heart warming campaign tag ahead of the december polls but it seems there isn't any to match the NPP's 4more4Nana symbol.

After the launch of the 2020 manifesto, social media has been flooded with criticisms; the NPP is condemning and saying that NDC's manifesto is a fallacy.

Members of the NDC are also saying, though Nana Addo won the 2016 general elections with over one million votes but he is still nervous.

This photo was sited by INHOCENTNEWS in an anonymous gallery. John Mahama was displaying the 4more4Nana campaign symbol and social media couldn't boycott the picture, there is a strong argument as to whether the photo was genuine or not.

I personally think the NDC is currently showing signs of defeat ahead of the december polls, Jaane Naana recently delivered a speech at one of her tours using the statement, " in case we do not win" and members of the NDC did lambast her and now JM is also endorsing 4more4Nana. 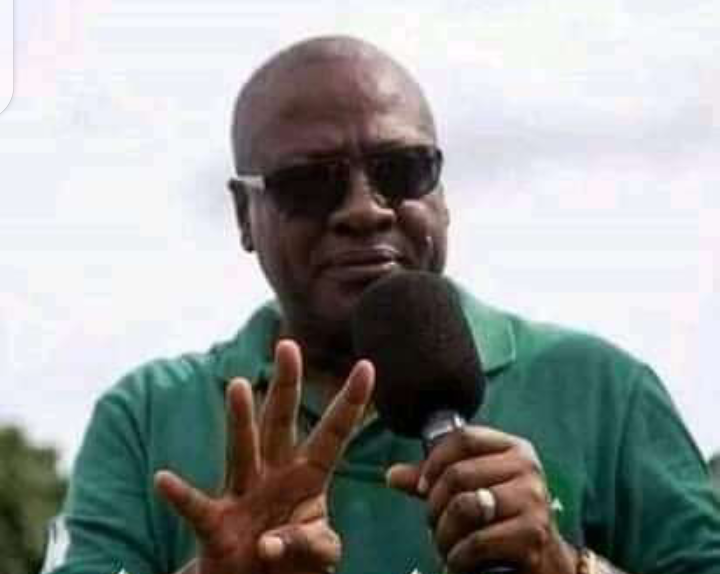 Upon all the criticisms from the NDC, the NPP has managed to develop a campaign strategy which Mahama and his administration should be cautious about.

The New Patriotic Party has adopted an all inclusive kind of strategy whereby not only the flag bearer and the running mate are hitting the campaign grounds but their wives as well.

Just recently when Nana Addo Danquah Akuffo Addo was in the Ashanti Region, Bawumia was in the Brong Ahafo Region, First lady, Rebecca was campaigning in the Greater Accra Region and Samira was also in the Savannah Region galvanizing for votes for the New Patriotic Party.

I Made A Mistake By Voting For Him: Ghanaians Make Bold Revelations Over Election 2020 A Year On