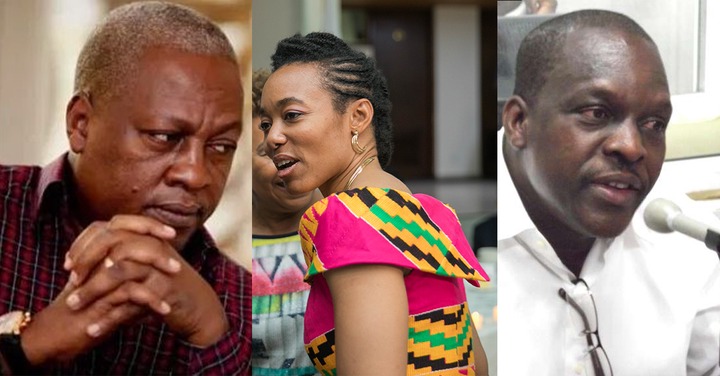 The debate of who becomes the next flag bearer of the NDC has already begun. The various factions in the party are up in arms vigorously preparing for the fight ahead.

For now, speculations are wild on the various pairs of possible presidential and running mates likely to contest the 2024 polls.

John Dramani Mahama is likely to contest for the Presidential position again in 2024. The speaker of Parliament, Alban Sumana Bagbin is likely to partner the eldest daughter of the late former President Jerry John Rawlings, Dr. Zenetor Rawlings.

In the same instance, the minority leader of Parliament, Mr. Haruna Iddrisu is likely to partner with Kwesi Botwe. Mr. Goosie Tandoh and Ibn Chambers are also working behind the scenes to grab the slot.

With regards to the running mate slot, the National Democratic Congress on many occasions has filed candidates from the Central Region.

The people of Volta Region who have been constantly remained loyal to the NDC will be happy to have a running mate candidate.

In this case, Mr. John Dramani Mahama will be thinking about dropping Professor Naana Jane Opoku Agyemang to compensate the people of Volta Region.

With this, Dr. Zanetor Rawlings will be the best match if indeed, Alban Bagbin takes the mantle and make her the running mate.

But the National Democratic Congress cannot rule out the fact that Mr. John Dramani Mahama has lost touch to sympathy votes.

He has already been on the ballot paper since 2012 and served as president for one term. He lost in 2016 to Nana Addo Dankwa Akufo Addo and could not survive again in the 2020 election.

This is not to discourage the NDC, but John Dramani Mahama has ended his term and another credible candidate should be offered the opportunity to lead.

The 2024 election will be for the National Democratic Congress to win if they play all their cards perfectly. Breaking the eight-year chain will not be easy for the NPP since the political tradition in Ghana has always been eight years for every political party.