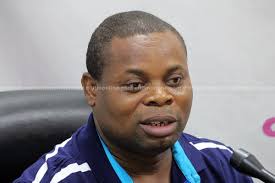 Gays and Lesbians (LGBTQ) right movement is currently making social media going gaga due to the fact that they are trying to gain grounds in Ghana.

However they are facing serious chastisement from majority of Ghanaians as such a movement is currently considered as an abomination.

This is so because our etiquette, culture and religious orientation makes no room for such movement in Ghana.

Apparently any individual who try to defend or sympathized with the movement is either being stigmatized, criticized and the cristism of Sister Deborah is no exception.

According to the allegation, he has been receiving funds from LGBTQ in order to aid their breakthrough in Ghana.

However in sharp response to distant himself from the said act and prove that the allegation is not true. He opted to use threat which his funs on Twitter might not be pleased with.

Have a look at the his twitt;

In one way or the other, It might be true that LGBTQ are trying so

many ways to create their hub in Ghana and influencing powerful people. However the allegation against Franklin CudJoe might be false allegation.

Besides, there are far better ways to defend oneself than using threats like 'there will be blood' especially when you add "literally"

How do you see the comment of Franklin CudJoe?

An Old picture Of M.anifest Pops Up On Social Media