By THE_FIFTH_ESTATE (self media writer) | 7 months ago 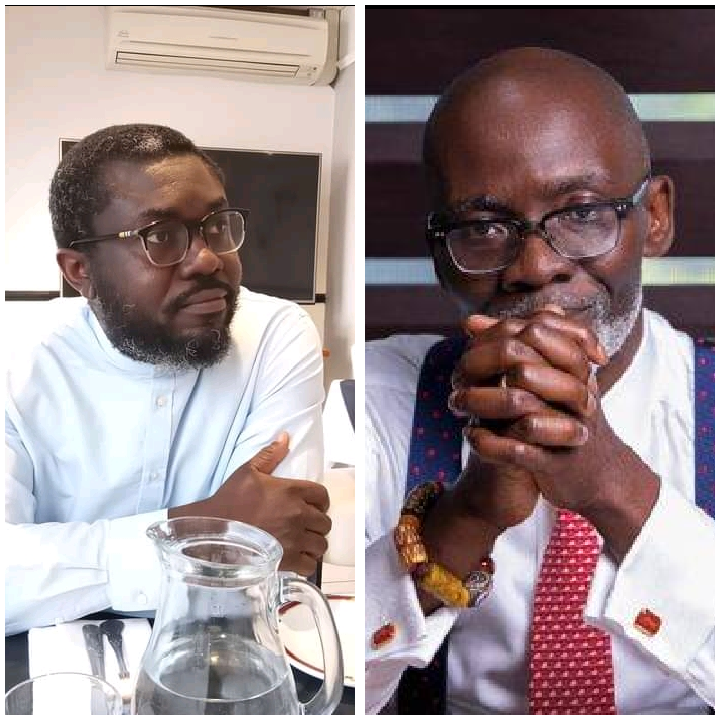 Oliver Baker Vormawor, a leading member of #FixTheCountry has described the proposed Electronic Levy as a reflection of poverty in imagination by handlers of the economy.

His comment come as a response to Mr Gabby Asare Otchere-Darko, the founder of Danquah institute who seems scandalised about the intention of the #FixTheCountry convenors to protest against the E-Levy on Friday, 26 November, 2022.

A post sighted on the Facebook page of the pro-NPP political strategist read: "It is only in Ghana that a group crying for the country to be fixed will want to protest against raising revenues to do just that. You may question the motive, not necessarily of those supporting them, but those leading it".

In a strongly worded response, Oliver Baker Vormawor who is one of the main architects of the intented demonstration by the #FixTheCountry group intimated that they [#FixTheCounty] do not support the proposed levy due to the inherent tendency to further impoorverish the citizenry.

"The Momo tax will cripple Ghanaian business and entrench poverty. To force down our throats as the only way you can raise revenue is both lazy and reflects poverty in imagination. Let's not threat our economy freedom as usual. MoMo tax make us all poor"

He added that one of the core values of #FixTheCountry is to advocate for a robust economy that adequately caters for the welfare of every segment of the society particularly the poor; and this flies in the face of the proposed 1.75% Electronic Levy.

"We want an economy that works fairly for all of us. One that doesn't tax the poor only to enrich the political class and their appendages", he explained in a Facebook post on Monday.

Meanwhile Parliament is set to begin the debate on the 2022 budget on Tuesday following a successful workshop held in Ho, th Volta Regional capital.

The NDC minority caucus have unequivocally stated their readiness to reject the E-Levy which they believe will not inure to the benefit of the masses when approved.

“Nana Addo Is Never A Christian; He Has Scammed All The Big Pastors In Ghana” – Oboy Siki (VIDEO)