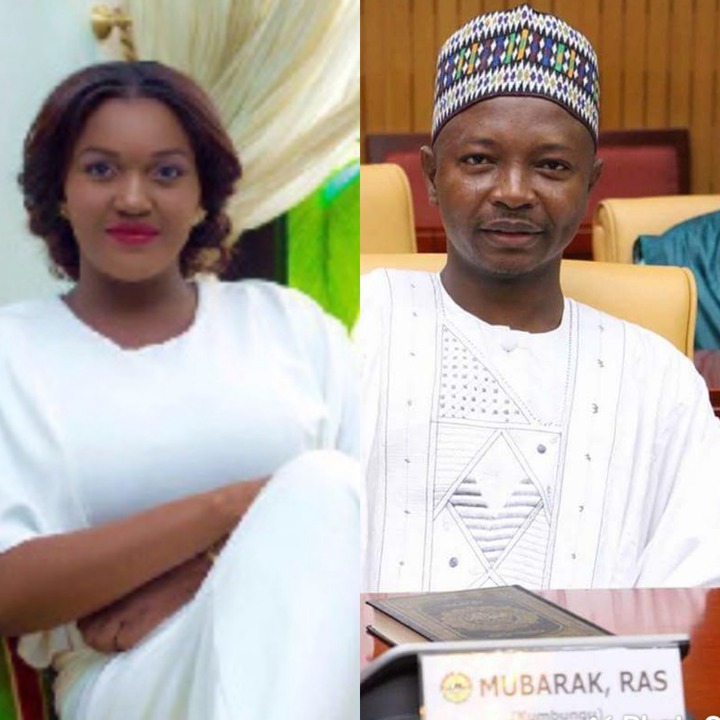 When Facebook users tried to convince Honorable Ras Mubarak to delete the unprintable words he used against the mother of his children, he insisted that he wants the world to see the shameless woman who rents a single room apartment but keeps faking her life on social media.

Last night, former NDC member of Parliament for Kumbungu Constituency took to his Official social media page to attack and remind his immediate past wife Portia Rashida Adams about how she forced herself on him for marriage.

He explained that, the woman was an ordinary Ambulance Chasing Reporter for an Accra based television station called Metro.

" If you have forgotten so soon about how i met you, let me remind you. Have you forgotten about the night you wept continuously begging me to marry you because you were carrying my baby?" Ras Mubarak wrote in his long essay of insults to the mother of his children.

What will make an Honorable member of Parliament jump on Facebook to do this? Ras Mubarak alleged that Rashida Portia Adams had insulted him mercilessly for failing to pay GH¢63,000 worth of his children school fees. The MP had posted a screenshot of the message attached to his social media attack. 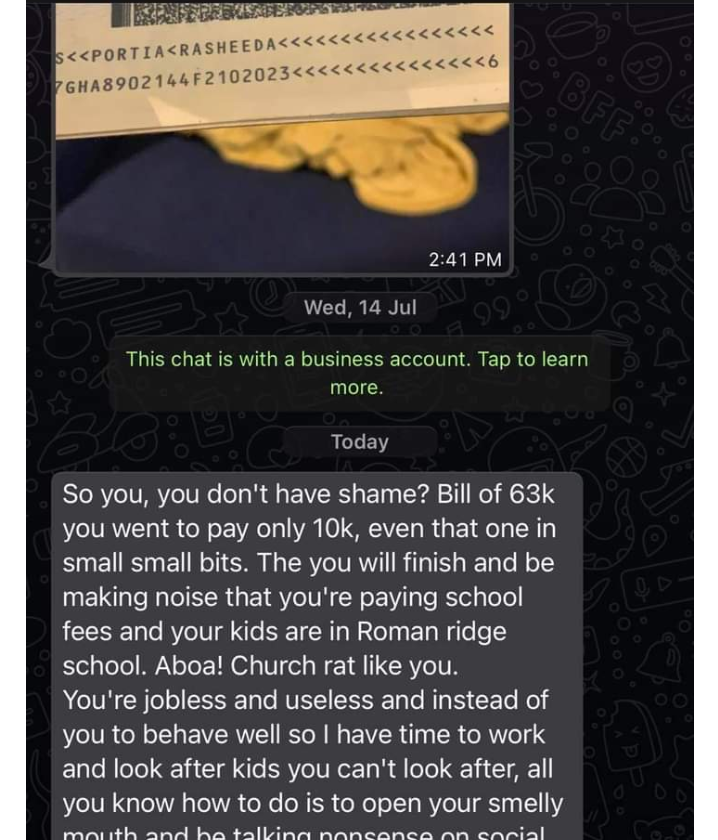 In the message, the woman had allegedly threatened to change the name of the children with a new birth certificate and passport. Many unprintable words against the MP was seen

However, Ras Mubarak insisted that, he has been a responsible father. He alleged that, his wife has changed the school of his children over four times in four years without his knowledge. He ended with a prayer for all men never to marry a bad woman like the mother of his children. How sad. Read the full unedited version of the MPs attack on his former lover. 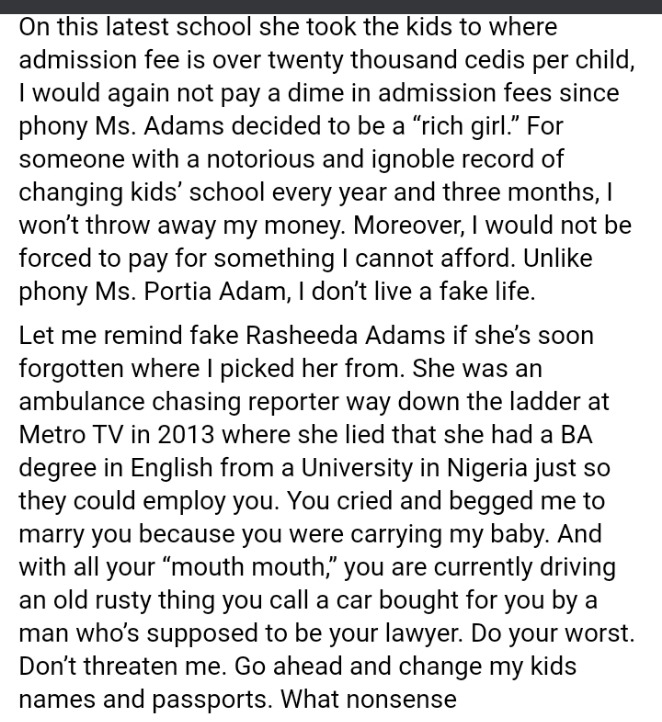