By NewsHawkersGH (self meida writer) | 17 days

Oliver Goldsmith, an Anglo-Irish novelist, playwright and poet, once said, “He who fights and run away, lives to fight another day”. This is setting up the basis for this opinion piece. During the early days of the Presidency of Nana Akufo-Addo, there was a huge public support for the fight against illegal small scale mining, popularly known as ‘galamsey’. The media coalition against galamsey has already ignited the fight against illegal mining and the president bought into it and took all the praises that came along with the fight.  The President at several forums indicated his unflinching commitment to the fight against galamsey. He boldly, in uncompromising manner told Ghanaians he was willing to put his presidency on the line. Civil society organizations, the media and Ghanaians, unquestionably supported the president, hoping that, he will rely on the public support to fix the menace. 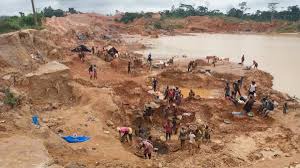 What is the track record of Akufo-Addo in the galamsey fight?

Our elders say that, when a man promises you a heart, it is wise check on his head if indeed he is wearing or or has one . It is important for Ghanaian to ask the president his track record over his disjointed fight against galamsey. Admittedly, there were gains made during the intensive fight against the menace. Some of the heavily polluted rivers were returning to normalcy, thereby giving an indication that if the fight was sustained, we will recover our much cherished water bodies. Some of the exciting stories we heard at the beginning of the fight against galamsey were sadly giving way to rather disturbing developments. The fight against galamsey was dogged with allegations of corruption, illegal dealings and missing excavators, pickups and money retrieved from the galamseyers. Party executives belonging to the President’s party, thus the New Patriotic Party took undue advantage of the fight against galamsey to perpetuate criminal activities. Some enriched themselves and claimed they were working to finance the NPP 2020 re-election campaign. This scenario could best describe the President Akufo-Addo's galamsey fight. President is claiming another commitment to the known collapsed fight against illegal small scale mining, we are yet to settle in proper context, the allegations leveled against some people associated with the NPP. 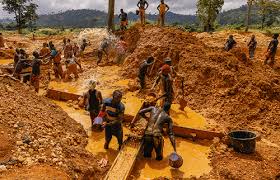 It is therefore intriguing that, President Akufo-Addo is returning to the fight against galamsey when there are a lot of issues about his credibility and the shambolic fight against galamsey are yet to be addressed. Does he really care about his trust and credibility? Because he has already broken that between him and the Ghanaian people. Maybe the president thinks this is yet another period of election campaign season, where politicians say anything and get away with it. It is important for the President to know that, they are very serious minded Ghanaians who not stooges and political foot soldiers and can’t be deceived again. Some of us are taking the President’s so-called renewed fight against galamsey with the pinch of salt. 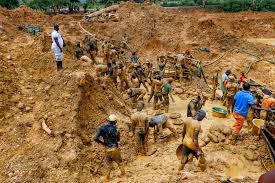 But they’re few things that must guide the president as he has begun his last term in office as president of Ghana, not only in the fight against galamsey but every sphere of life.

1. Posterity will always judge everyone.

2. Trust is like glass, once broken it can’t be mended.

3. History will be the best judge. 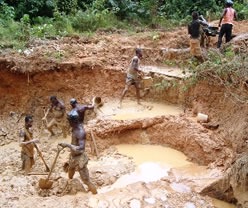