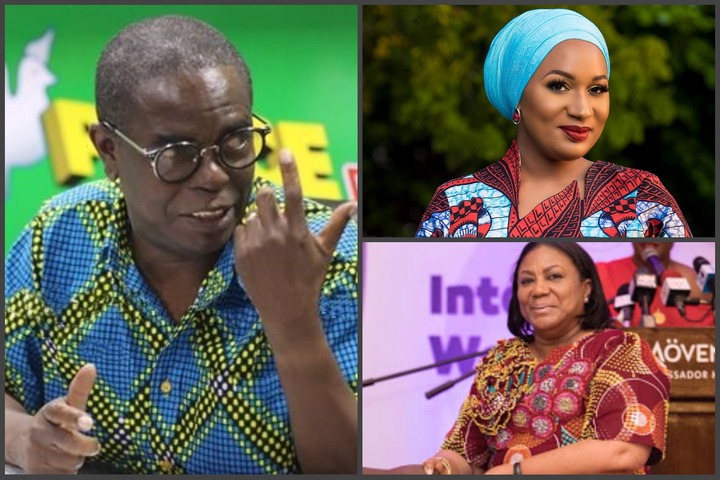 After interrogating the justifications offered to support the payment made to the spouses of the President and his Vice, the Managing Editor for Insight Newspaper, Kwesi Pratt Junior says the reasons offered are untenable. He argued that no due diligence was undertaken in respect of constitutional compliance with the payment made to the First and Second Ladies, adding that it is far distinct to the traditional non-formalized regime that were employed by the previous administrations.

According to him, the government had already breached the law in respect of Article 71 by effecting payment of salaries to the First Lady, H.E Rebecca Akufo-Addo, and Second Lady, H.E Samira Bawumia. He noted that contrary to the quarterly allowances that were paid to spouses of Presidents and Vice Presidents, the First and Second Ladies were paid monthly salaries.

Mr. Pratt on Alhaji and Alhaji Show this morning, argued that there is payment regime was sneaked in recently, and that the recommendations by the Emoluments Committee for the payment of salaries for the Presidential spouses was only to reinforce and formalize what had already been executed by the Akufo-Addo government. He questioned why the approval of the recommendation was to accommodate the payment of any benefits with an accrued effect on what was due them [First and Second Ladies] since 2017.

“This arrangement is new. And it allegedly came into force this year. If that is the case that we have always paid it and wanted to formalize what existed already, where is the backpay coming from. It doesn’t make sense to me.”

Commenting on the refund made by the First and Second Ladies, Mr. Kwesi Pratt said that does not qualify as a strong basis for some for anyone or group of people to pressurize the former First Lady, Lordina Mahama to do same. 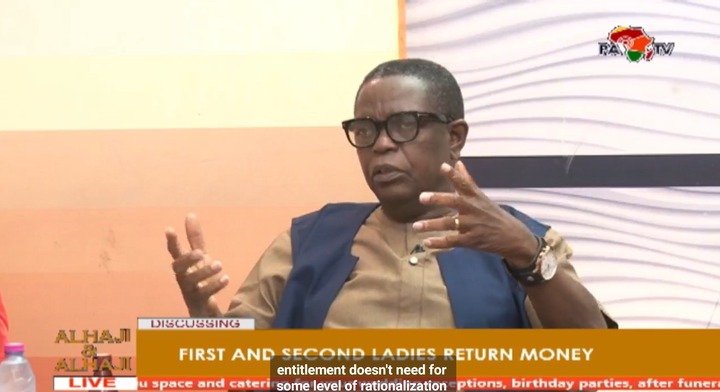 As indicated, Mr. Pratt reiterated that the payment Lordina Mahama and any other former First or Second Lady received were not at par with cabinet ministers. He mounted a strong defense that the demands for that refund is without any basis and should be discarded.

“So, what are they refunding? No other First Lady or spouse of a sitting Vice President was treated as a cabinet minister. Its never happened in our history before. So, if you call on Mrs. Amissah Arthur to refund, what is she going to refund? Same with Lordina Mahama, Nana Konadu Agyemang Rawlings. They’ve never been treated as Article 71 officer holders. Never!” he exclaimed.