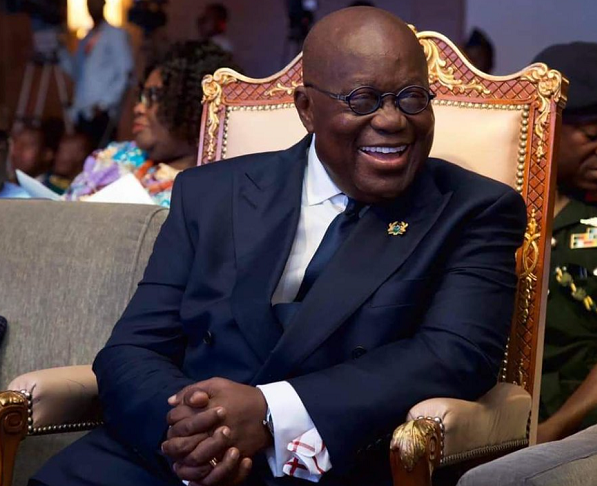 In the first term of his administration, President Akufo-Addo secured for himself a number of accolades or tags. The good and the bad. One of such accolades is that which portrays him as a "listening president".

This accolade [listening president] got popularity or should I say notoriety following a number of significant national events. These include the abrogation of the scandalous PDS deal, Ameri deal, and the withdrawal of the controversial towing levy proposal following public backlashes.

The New Patriotic Party which the President leads were very instrumental in trumpeting this tag and working hard to ensure that Ghanaians see the president as someone who cares a lot about the concerns of his followers.

1. Calls for the dismissal of Health Minister: When the Sputnik V scandal took the nation by storm, there were calls from both the general public and some Civil Society Organizations for the dismissal of the Minister of Health. Mr Kwaku Agyeman Manu had admitted breaching very important public procurement laws and financial management regulations in the procurement of the Sputnik vaccines.

But President Akufo-Addo failed to listen to the calls of public. Some may say he chose to side with the Minister rather than the masses who voted for him. To the dismay of many Ghanaians, Mr Kwaku Agyeman Manu returned to post after enjoying two weeks leave granted him by the presidency.

2. Construction of National Cathedral: The decision by President Akufo-Addo to construct a multi-million national cathedral has been widely criticized by myriad of Ghanaians. So many analysts and opinion leaders have described it as a misplaced priority. For a nation which is seriously suffering from high rate of unemployment, investing over $100 million in a project which has very insignificant economic impact is nothing short of wastage; especially given the fact that it does not form part of the top most needs of the people.

Yet, President Akufo-Addo failed to listen to the well-meaning Ghanaians who entreated his goverment to rethink the decision.

3. Luxurious foreign travels: President Akufo-Addo has received serious backlash following his recent appetite for luxurious foreign travels. Although there have been calls for the president to lead by example by using less expensive aircrafts or make use of the existing presidential jet, he is yet to demonstrate that he has any intention of listening to the people. Perhaps, the dead goat syndrome is at play.

4. Expansion of Ghana school of law: Every year, aspiring law students cry over massive failures after writing their entrance exams. A situation many describe as a deliberate attempts to reduce the number of people who make it to the law school. Lack of adequate infrastructure has been identified as a major cause. Demonstrations by the affected students have yielded no remedy to the situation.

It is worth noting that during the heat of the 2020 electioneering campaign, the Akufo-Addo led NPP promised to expand the infrastructure to accommodate the ever-increasing numbers. But this promise is yet to be fulfilled as some 499 students who passed the entrance exams this year could not be admited. In his famous interview with Kwame Sefa Kayi on 20th October, 2021, the president indicated, rather unfortunately, that there is no space for the 499 students to be admitted.

5. Calls for new a constitution: Led by the conveners of #FixTheCountry movement, the calls for a new constitution have intensified in the past few months. It is important to note that President Akufo-Addo belongs to the group of people who identified many shortfalls of the 1992 constitution when it was first adopted.

Therefore, one would expect the president to act swiftly in ensuring that the amendment process which began under President John Evans Atta Mills is continued to the benefit of the people. Although the demands for a new constitution comes a reminder to the President Akufo-Addo, he is yet to respond to the clarion call.