We Do Not Agree With Tsatsu Tsikata's Position- Supreme Court Rules

By Tinch (self meida writer) | 3 months 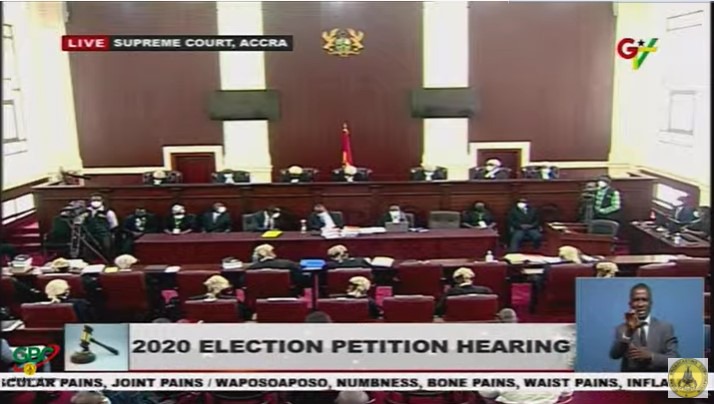 The eminent justices of the Supreme Court have ruled that the argument raised by the counsel for the petitioner, Tsatsu Tsikata to have the key witness for the First Respondent [Electoral Commission], Mrs. Jean Adukwei Mensa mount the witness box for cross-examination, is unlawful. According to the Chief Justice, Kwasi Anin-Yeboah who read the judgement by the 7-member panel to the court this morning, an admission of Tsatsu Tsikata's submission would be a 'defilement' of the Court Rules, Order 38 Rule 3(e) of C.I 57.

He explained that the submission by the lead counsel for the petitioner would mean that the right of a witness to voluntarily mount a witness box as provided by the law would be defiled, and thus mean that it is mandatory for a witness who had elected to file a witness statement, as in the case of Jean Mensa, to mount the witness box and testify.

Justice Anin-Yeboah disclosed that the provisions in Order 38 (e) of C.I 57 is explicit in the dealings with witness statements in civil matters, hence there is every reason to uphold it.

"We deem this rule to be crucial in view of the position taken by counsel for the petitioner among others that the filing of a witness statement connotes that a party has elected to adduce evidence at the trial. We recall that the filing and serving of a witness statement, in this case, was in accordance with an order of this court as part of the pre-trial protocols before the trial commenced. It is also an undisputed fact that a defendant in a case may elect to whether or not adduce evidence.

"We are of the considered opinion that it would be wrong in law to know that a party is deemed to have elected to adduce evidence as soon as that party files and sends a witness statement in court, in compliance to the court's order. To hold so, may mean that, once a party files a witness statement, that party must mandatory have to mount the witness box and adduce evidence at the trial. This position is not borne out of the rules." 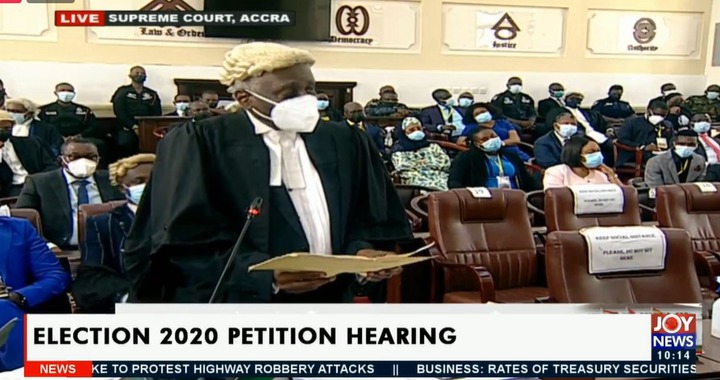 The Chief Justice concluded that the panel having examined the arguments forwarded by parties to the case finds the need to quash the submission of Tsatsu Tsikata and thereby urge that the matter be discarded to enable the court to proceed with the trial.

"In view of the clear provisions referred to, we do not agree with the submission of the counsel for the petitioner, and whom as to this case, an answer to petition was filed in the early stage, a witness statement filed, the Respondents had elected to adduce evidence at the trial."