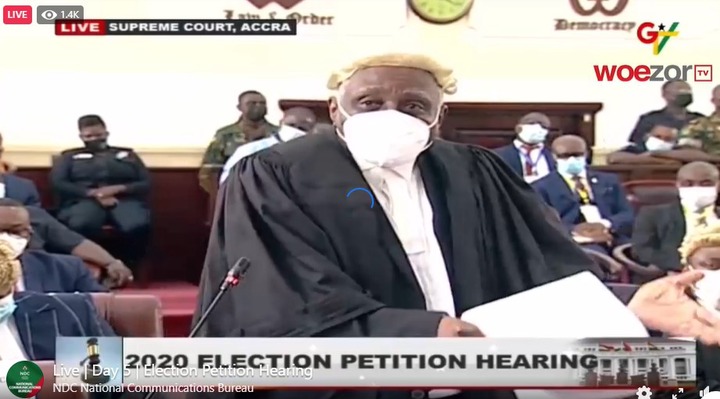 The lead counsel for the petitioner in Ghana’s disputed 2020 presidential election results, Lawyer Tsatsu Tsikata has been accused of attempting to mislead the Supreme Court to admit his application by deliberately altering a clause in section 72 of the Evidence Act 1975. The National Youth Organiser for the New Patriotic Party (NPP) Henry Nana Boakye, who is popularly referred to as Nana Bee, alleged that the petitioner’s lawyer could have had its way through if Akoto Ampaw, the lead counsel for the second respondent [President Nana Addo] had not exposed the untruth in his assertion in court.

On Okay Fm’s Ade Akye Abia show today, Nana Bee recounted that he felt scandalized learning that a learned and respected lawyer as Tsatsu Tsikata would indulge in such an act in the pursuit of a matter that had ‘prematurely’ failed to provide evidence to back its claims. He lamented that it was dangerous and unpardonable for Tsatsu Tsikata to have done that in the Supreme Court.

“Yesterday, Lawyer Tsatsu tried to mislead the court totally. I am scandalized, hearing a learned lawyer as Tsatsu Tsikata deliberately quote a legal provision and alter the exact clauses to defend his argument. It is dangerous!” 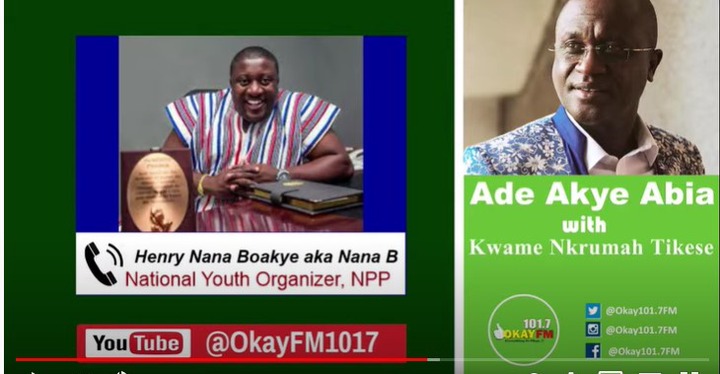 Nana Bee explained that the lawyer for the petitioner deliberately omitted the word ‘evidence’ which was relevant in the matter he was arguing in seeking the court grants their application to reopen the case. According to Nana Bee, it was obvious given the posturing of the lawyer and substance of the argument, that he [Tsatsu Tsikata] knew of the adverse effect of the word ‘evidence’ in that section he quoted to defend his claim.

“We could have pardoned him if it was a mistake but this was deliberate. It took Akoto Ampaw to point that out to the court about the mischievous and misleading agenda that Tsatsu Tsikata attempted to execute in the court. He knew that clause will expose him. In fact, given that they had closed their case, it then would amount them shooting themselves in the foot by acknowledging they had to adduce evidence.” 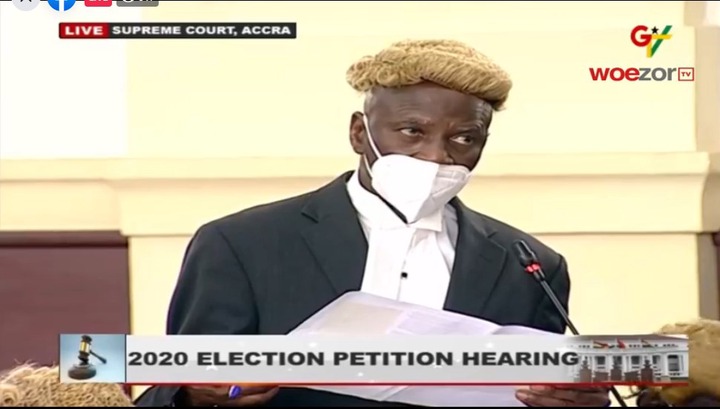 Section 72 of the Evidence Act 1975 read as; Subject to the discretion of the Court, in a civil action a party, or a person whose relationship to a party makes the interest of that person substantially the same as a party, maybe called by an adverse party and examined as if on cross-examination at any time during the presentation of [evidence] by the party calling the witness.

“He edited section 72 of the evidence act. He deliberately edited the last sentence by taking out the ‘evidence’ in the clause which is of relevance in this context.’ Nana Bee exclaimed.