Will Nana Addo Hand Over Power To Him, He's The Only One, To Have Officially Stated His Interest.

By MrsBabie (self meida writer) | 17 days

The former minister of Railway Development Hon. Joe Ghartey had lost his job as a Railways minster under H. E Nana Addo's second and last term of office, but not after he had performed to the Presidents satisfaction as he commended him by saying that, “I had no doubt in my government that I had somebody who could do that work for me. Fortunately, he also comes from the railway capital of Ghana, Essikado-Ketan, and that is why I gave the job to Joe Ghartey. “And he should come and lead the renaissance of the railways' system of the country. I can only thank God that he’s been able to live up to my expectations,” President Akufo-Addo had said at the newly refurbished Railway Training School at Ketan on August 19, 2020. 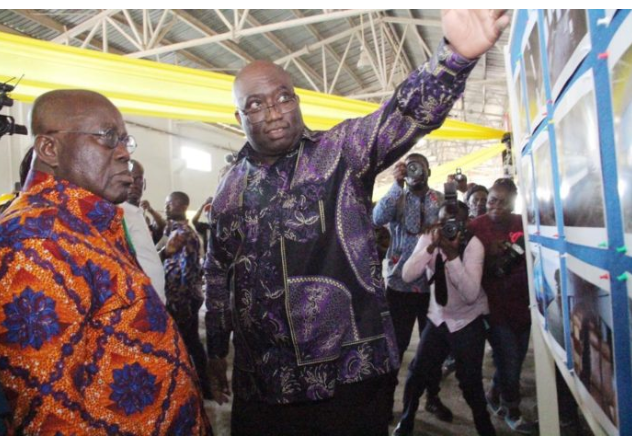 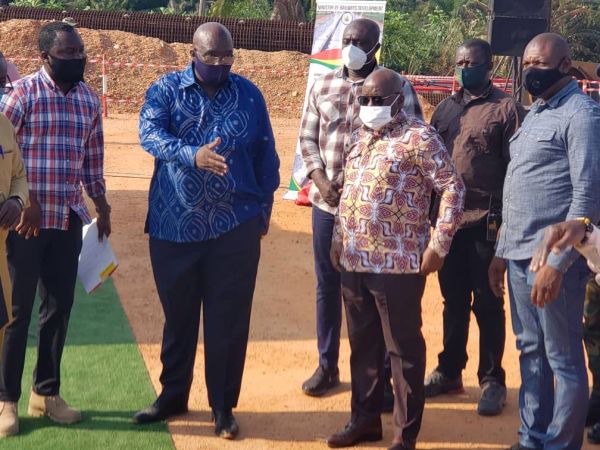 As the Incumbent Member of Parliament for the Essikado-Ketan Constituency, Mr. Joe Ghartey had retained the seat amidst stiff competition with just 2,174 votes difference to Dr. Grace Ayensu-Danquah, a first timer in the constituency and a seat, that he has held for years (now fifth consecutive election win), with him recording 26,701 whiles the National Democratic Congress (NDC) candidate had 24,527 which allowed the incumbent to go back to the house of legislature.

Already, his win is been challenged in court and as at their last sitting, as a Sekondi High Court presided over by Justice Dr. Osei-Hwere on March 23, 2021, had awarded a cost of GHS4,000 against Member of Parliament (MP) for Essikado-Ketan, Joe Ghartey for seeking a dismissal of a petition filed by the 2020 National Democratic Congress (NDC) Parliamentary Candidate, Dr. Grace Ayensu-Danquah. Dr. Grace Ayensu-Danquah in January 2021, had filed a petition at the Sekondi court challenging the Electoral Commission’s parliamentary results that declared Joe Ghartey as the winner of the polls held in the Essikado-Ketan constituency.

At a previous court sitting, the counsel for Joe Ghartey, Frank Davies prayed that the application filed by the NDC Parliamentary Candidate should not be entertained and must be struck out by the court on the grounds that the petition ought to have been signed by the petitioner, Prof. Dr. Grace Ayensu-Danquah herself and not her counsel, David Kwadzo Ametefe. Justice Dr. Osei-Hwere in his ruling said the arguments by the second respondent, Joe Ghartey, failed to convince the court that the petitioner’s action was an abuse of the court processes, therefore ruled that the case by the petitioner was lawful and will therefore travel its full course. Justice Dr. Osei-Hwere then awarded the cost of GHS4,000 against Mr. Ghartey, the second respondent. 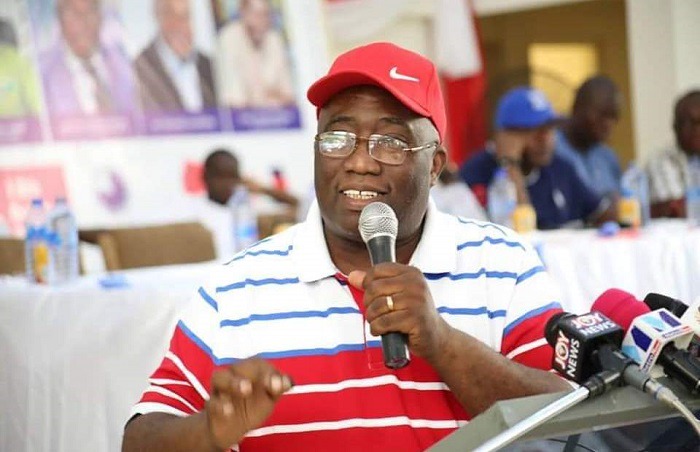 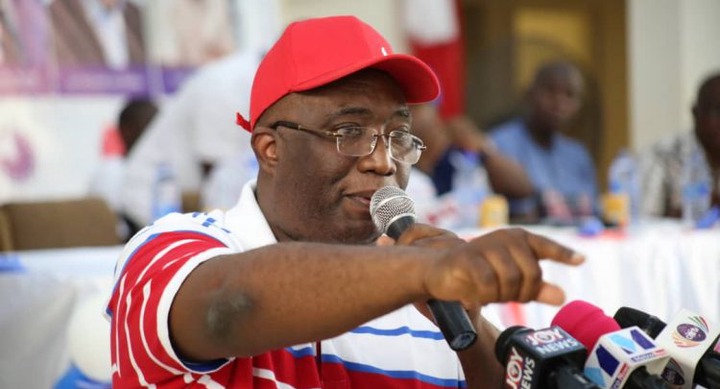 The facts of the petition is that, after a tension-filled collation of the Essikado-Ketan parliamentary results that even saw gunshots by military personnel to disperse agitated supporters, Joe Ghartey was declared winner in the 2020 parliamentary poll. According to the EC, Joe Ghartey won the race with 26,701 votes against NDC’s Dr. Grace Anyensu Danquah, who had 24,527, but Dr. Grace Anyensu Danquah who was not convinced by the results then petitioned the Sekondi High Court. In her petition, she contested that the declaration of the parliamentary election result in the Essikado-Ketan constituency on December 7, 2020, was not valid and had no legal effect and that the EC should organize a re-run of the said election.

Interestingly, just after this slimmest victory of his ever, to represent his constituency in Parliament, in the past four terms, with him currently in his fifth continuous term, he announced his interest in representing the NPP in the coming elections. Ghanaian lawyer, academic and politician Joe Ghartey had unequivocally disclosed his intentions to contest for presidency in 2024, making him officially the first person to openly do so, despite the fact that, Bawumia and Alan Cash are widely believed to contest as well. 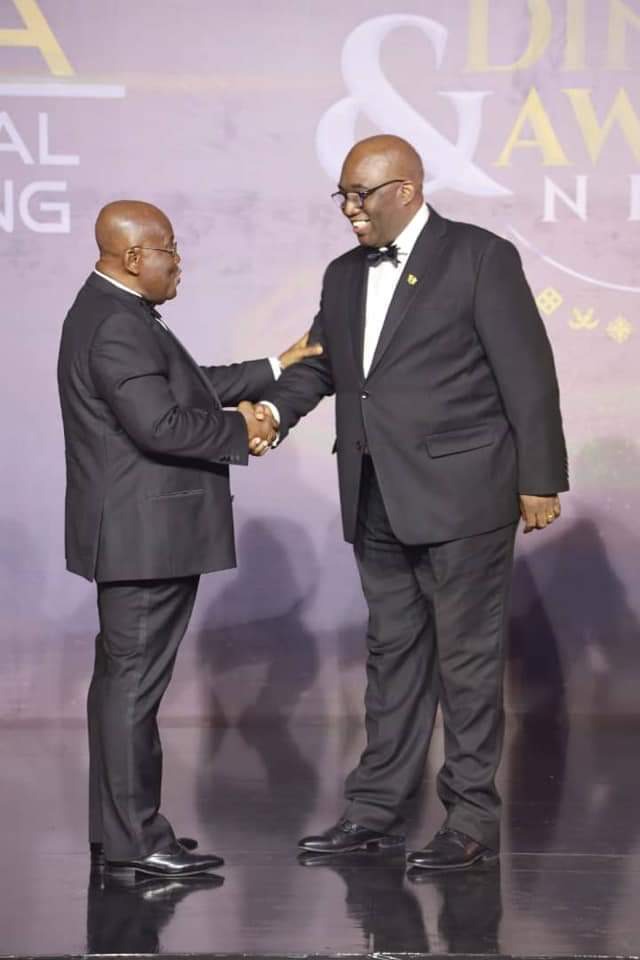 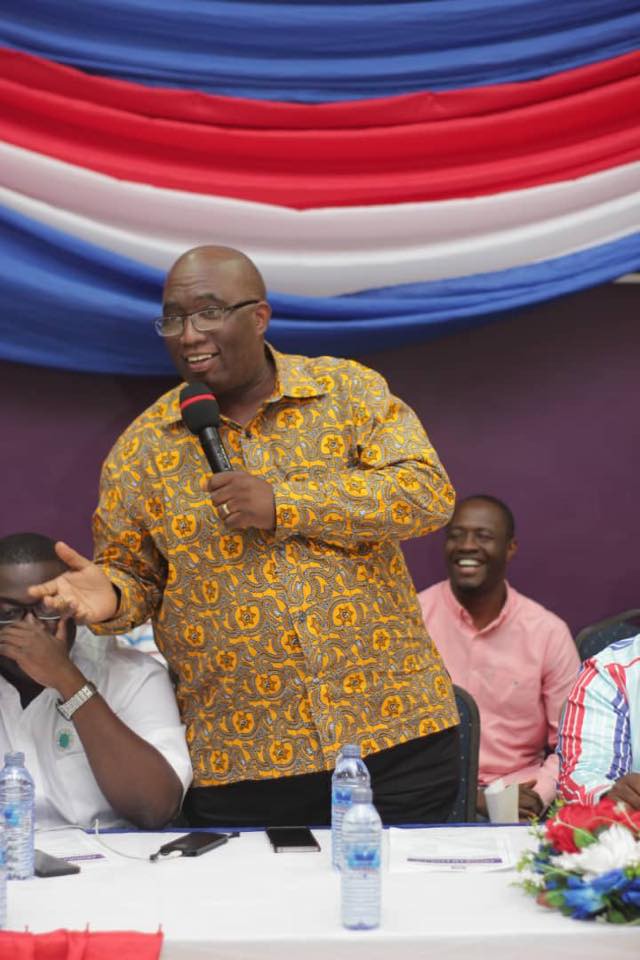 But Hon. Joe Ghartey did not miss words as he said, “there’s only one truth, I contested for the last election and I came third, Akufo-Addo came first and Kyeremanteng came second and I was third. 2024 if God permits I will stand for the President of Ghana,” he said while reacting to a report that ranked his popularity in the New Patriotic Party. Ghartey has worked as a foot soldier for the NPP and was part of the team that wrote the book Stolen Verdict for the party after the 1992 general election. At that time, he was chairman of the NPP disciplinary committee for the Greater Accra Region, under the regional chairmanship of Jake Obetsebi-Lamptey, now deceased.

Ghartey also chaired the session of the NPP national conference that amended the party's constitution on 22 August 2009 at the Trade Fair Centre in Accra to expand the electoral college to the present 100,000 plus delegates. Furthermore, he was a member of the four-member committee appointed by the NPP National Council to review the conduct of the 2012 election petition case and to make recommendations to the Council. Joe Ghartey hails from Shama, in the Western Region of the Republic of Ghana. He started his early education at the Ridge Church School in Accra and later attended , Mfantsipim Senior High School, in Cape Coast. It was during his time at Mfantsipim School that his leadership qualities began to show. He was appointed House Prefect of Pickard-Parker House in his senior year and he used his good offices to champion the development of sports and student participation in sports programmes at Mfantsipim. 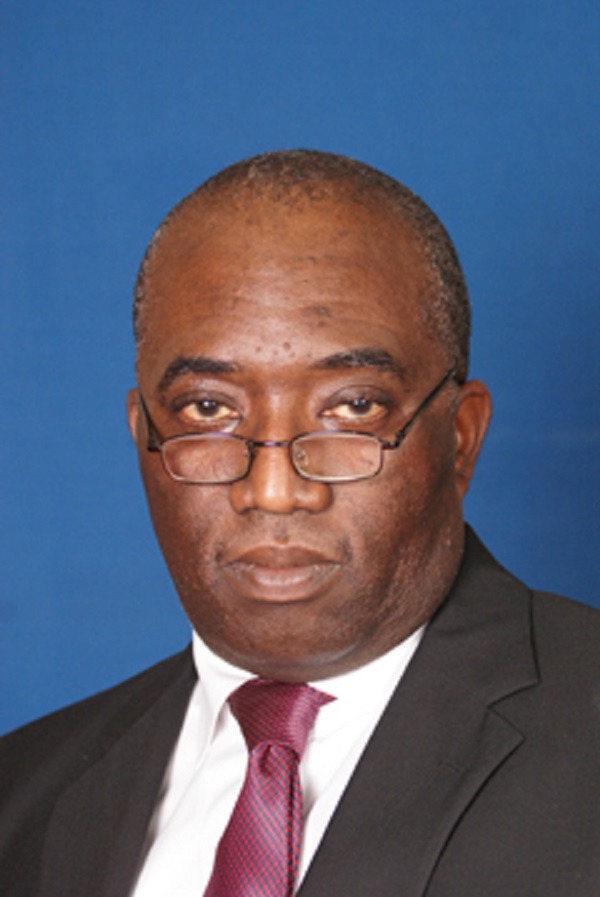 After Mfantsipim, Ghartey enrolled to study law and obtained his LLB (Hons) degree in 1986 from the University of Ghana and BL from the Ghana School of Law in 1988, qualifying to be called to the Bar of Ghana in that same year. Later, he joined the firm of Akufo-Addo, Prempeh & Co., a leading law firm in Ghana, which was co-founded by Nana Akuffo-Addo. Ghartey left this firm after seven years and in 1994 co-founded the law firm, Ghartey & Ghartey with his wife Efua Ghartey, who is a respected lawyer.

He is currently the Senior Partner at Ghartey & Ghartey, a well respected firm of barristers & Sand solicitors located at Labone in Accra. He has provided legal services to several corporate entities and professional bodies, both nationally and internationally, ranging from the field of Taxation through to Labour Law, Environmental and Company Law. He is an authority in Corporate and Investment law. He has additionally supported many Human Rights causes in Ghana and also served as Chair of the Inter African Network of Human Rights Organizations based in Zambia. He was also a member of the team of legal experts appointed by the National Council of the N.P.P to review the conduct of the election petition that was filed in the Supreme Court after the 2012 general elections and to provide recommendations going forward.

Ghartey is currently the NPP Member of Parliament for Essikado/Ketan Constituency in the Western Region of the Republic of Ghana. He was first elected to the seat in the December 2004 elections and was re-elected in both December 2008 and December 2012 elections. In all the three elections he was not contested in the primaries of the NPP to choose the parliamentary candidate for the Constituency. During the administration of President John Agyekum Kufuor, Ghartey was appointed Deputy Attorney General and Deputy Minister of Justice in March 2005 and was soon promoted and appointed the substantive Attorney-General and Minister of Justice in June 2006, a position he held until January 2009 following the electoral loss of the NPP in the 2008 general elections. 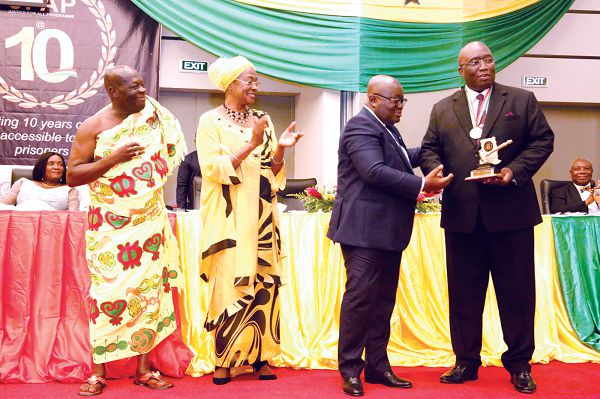 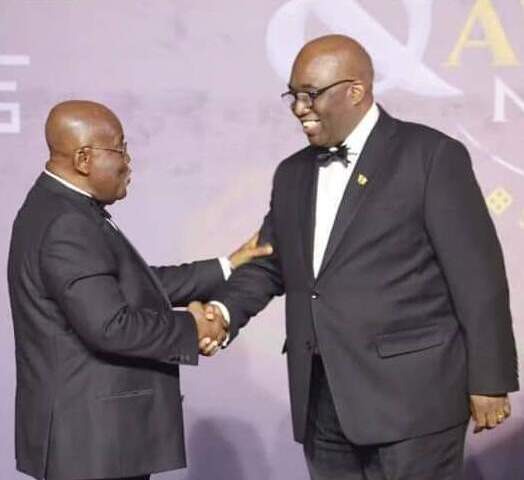 Ghartey was the longest serving Attorney-General and Minister of Justice under the Kufuor administration. Joe Ghartey was sworn into office by President Kuffuor on 16 June 2006 as the 20th Attorney-General and Minister of Justice of the Republic of Ghana. His appointment was a testament to his hard work, brilliance, achievements and honourable service to the government and people of Ghana. He was another laudable addition to a long line of such distinguished former Ghanaian Attorneys-General as Victor Owusu (1966-1969), and Nana Akuffo-Addo (2001–2003).

We can only wait to see how it all puns out, but do you think he stands a chance to representing the NPP in 2024? Share the post and share your opinion please. 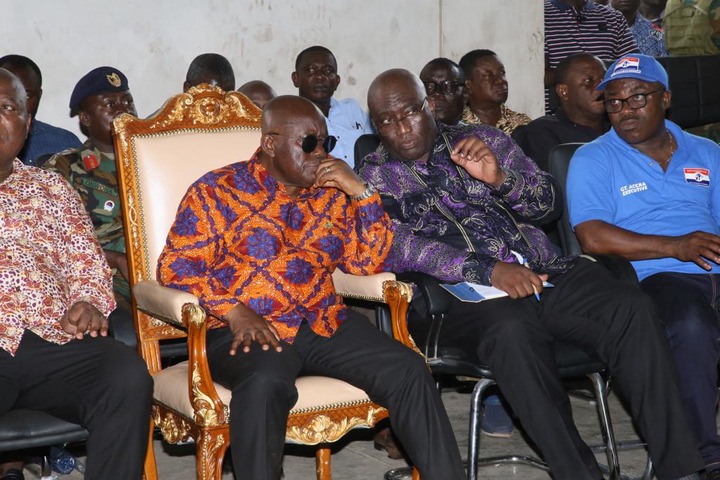 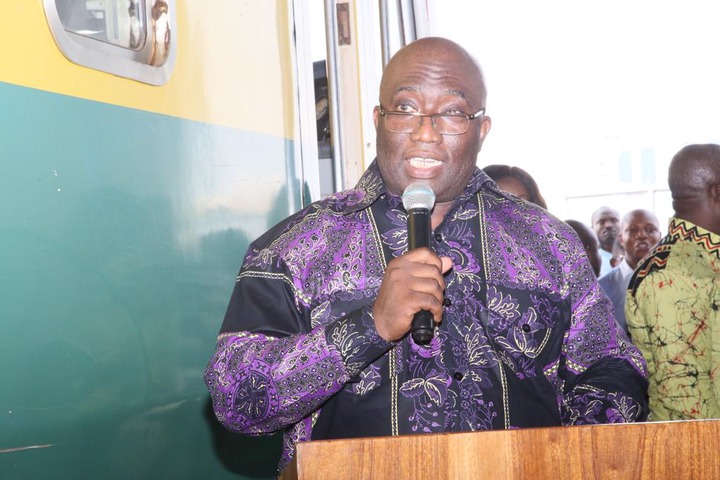 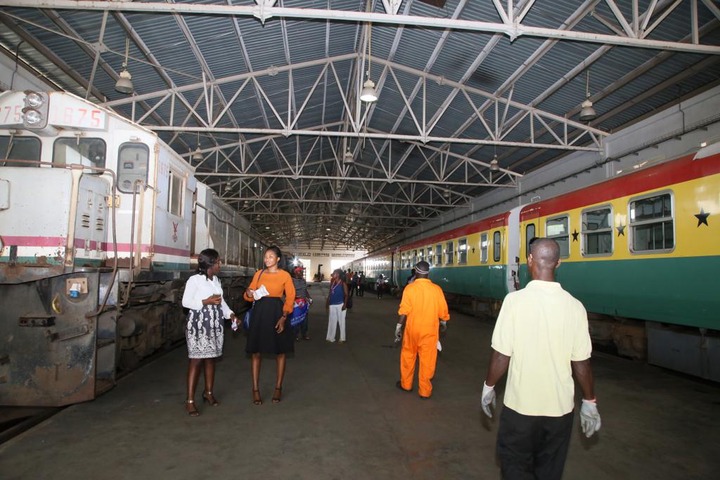 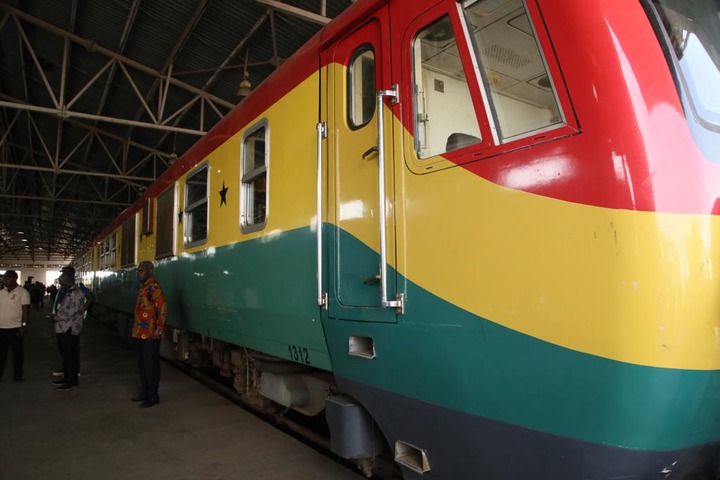