We are solidly behind Minority leadership-MP

By Cecilmenz (self meida writer) | 18 days 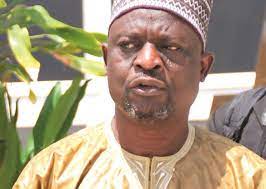 The National Democratic Congress (NDC’s) Member of Parliament (MP) for Sagnarigu Constituency and the Caucus Chairman for the Northern Region, A.B.A Fuseini has collectively declared his colleague MPs unflinching support for the  Minority leadership on the floor of Parliament.

The opposition side in Parliament says they are solidly behind the leadership of the Minority in Parliament despite claims by some members of the NDC that they have lost hope in the Haruna Iddrissu led leadership in Parliament over the unanimous approval of the Minister-designate for Fiance, Ken Ofori Atta.

It is not true the NDC MPs have lost hope in the Minority leadership in Parliament, he said.

As NDC MPs, we are not divided over the work of the leadership in Parliament, he said.

'We are not divided about the work of the Minority leadership as perceived by some of our detractors in the political circles, he noted.

It is this same Minority that fought to win the Speakership of the house, he stressed.

He warned that the Minority leadership of the eighth Parliament cannot be changed without the consent of MPs on the opposition side.

The party cannot choose leadership for us in the house, he averred.

'We are solidly behind the Minority leader adding that the MPs have one hundred per cent trust in the work of the leadership, the Spokesperson for the  Minority caucus in Parliament said.

We hope this leadership has the tenacity to hold this hopeless government accountable going into 2024.

He said the whereas other governments are offering relief programmes to their citizenry in the wake of the Covid-19 pandemic, this hopeless government led by His Excellency Nana Addo Dankwa Akufo-Addo is rather taxing the vulnerable Ghanaians.

Full list of deputy ministerial nominees out with some ministries having as many three deputies.