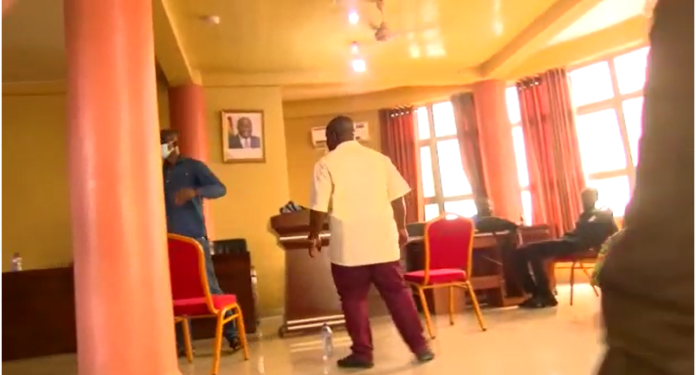 It has emerged that Alexander Kwabena Sarfo-Kantanka has been charged with 26 counts of bribery in an election-related investigation by the Special Prosecutor's Office (SPO).

When Mr. Sarfo-Kantanka, the NPP Juaben constituency Chairman, was caught on film in November 2021 accusing assembly members of Juaben of not confirming his nomination as the Municipal Chief Executive despite reportedly receiving money from them, an investigation was launched into his conduct.

Juaben Municipal Assembly members were caught on tape demanding that he return his money after he was unsuccessful in his bid to become the Assembly's Chief Executive. 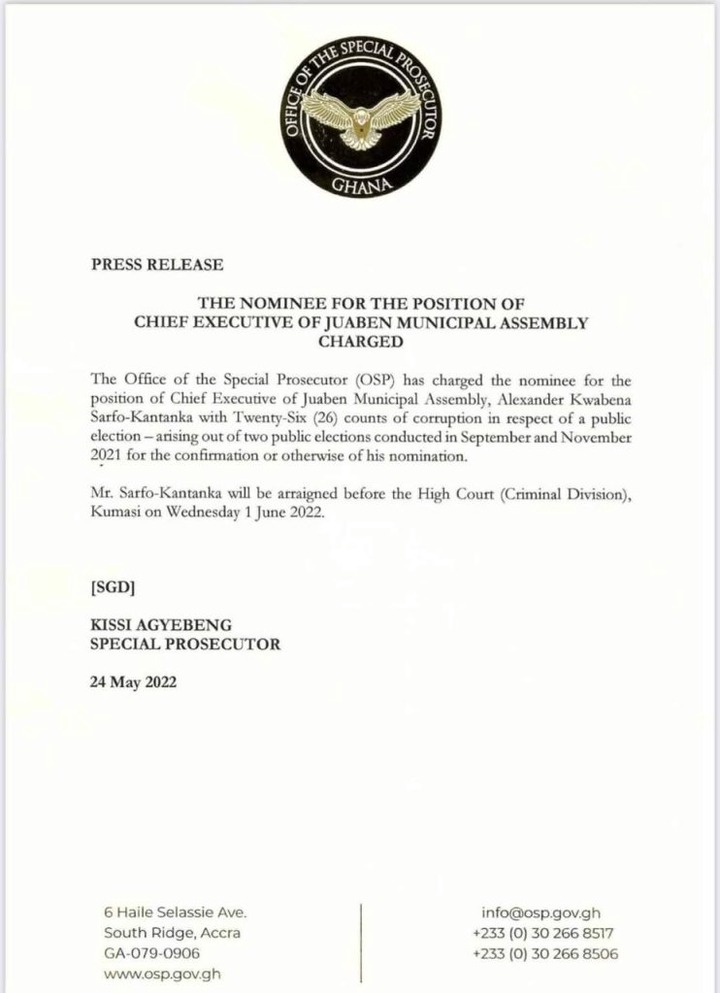 As the Special Prosecutor discovered, Mr SMro-Kantanka gave each of the elected Assembly members GH5,000.

He is also claimed to have given GHS2,500 gifts to each of the government-appointed members in order once their voting behaviorbehaviourmber 29, 2021 was the day of the election, and Mr SarfoMrntanka was unable to collect the required number of votes to become Municipal Chief Executive.

On October 12, 2021, the President renominated him for the same position, and on November 1, 2021, the accused again failed to achieve the required number of votes.

Residents of the assembly have contacted the national government to express their concerns over the lack of a chief executive.

Going To IMF Is Not A crime; We’re Not In Normal Times – NPP MP