Profile Of The Ousted Guinea President, Alpha Conde; How He Got To Where He Is Now

By Cityzen_Vigilante (self meida writer) | 10 days

If there is any news making rounds in every corner of the world, it is the news regarding a successful Coup in Guinea. Eighty-three (83) year old President Alpha Conde has been ousted by the Military on grounds of economic hardships and corruption. A curfew has been imposed and the constitution has been suspended.

Majority of civilians have taken to the streets in jubilant moods welcoming the intervention of the Military. The West African country has in the past experienced a number of political instabilities and it would interest you to know that; Alpha Conde was the first free elected President of Guinea. 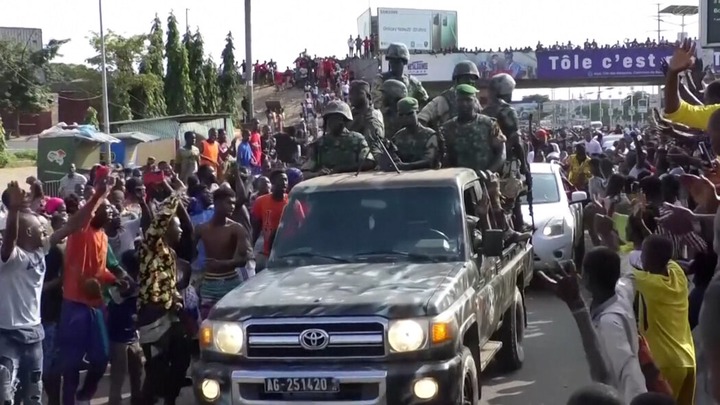 The Economic Community for West African States, led by the President of Ghana has meanwhile served notice to the Coup leaders to return the country to constitutional order or risk being sanctioned.

Who is Alpha Conde? Alpha Conde was born on March 4, 1938 in a small town called Boke in the Republic of Guinea. His parents were from Burkina Faso. Alpha Conde lived in Guinea till age 15 when his family relocated to France where he lived and continued with his education.

In 1993, Alpha Conde contested against the then President Lansana Conte who became President through a coup in 1984. The 1993 election was the first multiparty presidential election in Guinea. Alpha Conde only got 18% of votes against 51% by his opponent. There were widespread ballot stuffing and violence after which the Supreme Court nullified votes from some strongholds of Alpha Conde.

He again contested for the Presidential elections in 1998 but only got 17.6% of total votes cast placing him third. Few days after the election, Alpha Conde was arrested and charged with attempting to engage forces to destabilize the country. Conde was tried two years after his arrest and legal gymnastics and was finally sentenced to five years imprisonment. A year after his sentence in 2001, he was pardoned by the President Lansana Conte on condition that he was prohibited from political related activities. After his release, he left Guinea for France and return in 2005 and did not engage in political activities.

The was a Military Coup in 2008 during which year then President Lansana Conte died. Alpha Conde then attempted to lobby the Military Junta to arrest and jail all his political rivals but he failed to achieve his plan.

The Military Junta returned the country to constitutional order and presidential election was held in June 2010. Alpha Conde received only 18% of total valid votes cast. There was a stalemate as none of the candidates was able to make it above 50% with the highest being 40%. After a second round of elections in November 2010, Alpha Conde was declared winner with 52.5% of total votes cast. There were allegations of violence, irregularities and election corruption perpetuated by his political party against his rivals. In December 2010, he was officially sworn is as President of Guinea.

Alleged Attempt On His Life

In July 2011, there was attempt to take Alpha Conde's life as the Presidential residence was shelled by some unknown assailants and a Presidential guard lost his life in the process. Several Military officers were arrested few days later for the assassination attempt. It was alleged at the time that they had ties to the previous Military leaders and so they could have orchestrated the act.

In 2013, Alpha Conde was accused of engaging in electoral violence with his security forces during Parliamentary elections. There were a lot of protests against the President and security forces met protesters with violence that led to the death of many women and children.

In October 2015, Alpha Conde contested for a second term and won overwhelmingly with 57.85% of total valid votes cast. As usual, the election was marred by fraud and violence. He was sworn in on December 14, 2015.

Per the constitution of Guinea, Alpha Conde was not eligible to contest for elections again but he initiated processes for that provision in the constitution to be amended and enable him contest again and subsequently approved through a referendum in March 2020.

During the 2020 Presidential elections in October, he garnered a whopping 59.5% of total valid votes cast to maintain his incumbency. The opposition parties rejected the results due to widespread fraud and violence that erupted across the country.

He was once the Chairperson of the African Union from January 2017 until January 2018 and was succeeded by Paul Kagame, the President of Rwanda.

He is married to Djene Kaba Conde, who served as the first lady of Guinea up until he was overthrown.

It is important to mention that, Alpha Conde's tenure since 2010 has never been devoid of corruption allegations and violence. There were allegations of corruption and extortion from foreign and multinational companies running into millions of dollars.

Alpha Conde was captured and overthrown through a Military coup on September 5, 2021. The Military Junta indicates that, this intervention has been necessitated largely due to the fact that there is economic hardship and high levels of corruption in the country. There is a curfew currently in place and the constitution has been suspended as the new leaders, the Military Junta, deliberates on the way forward. 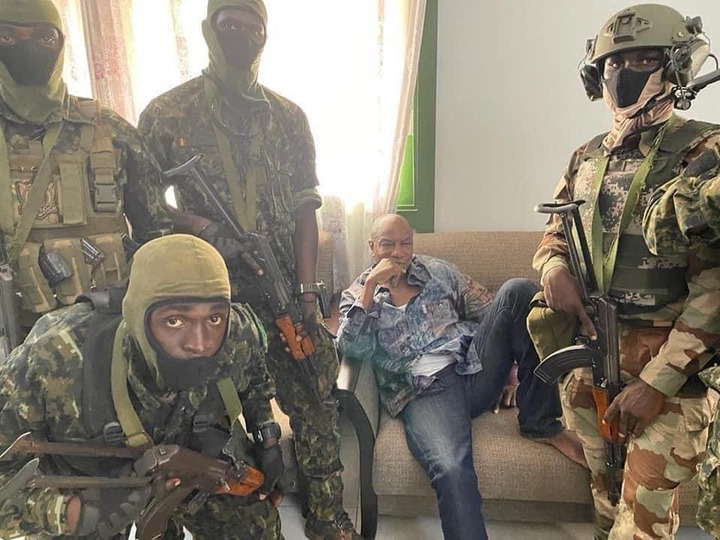 Guinea is regarded as one of the poorest countries in the world despite the abundance of natural resources in the country which includes; gold, diamond and oil resources.

According to the World Bank Statistics in 2019, Guinea has a population of about 12.77 million people.

Service Personnel Also Show That They Have Swag

Man offers to leave his job because of spiritual attacks. See the letter he wrote to his boss