By Mavis-Love (self media writer) | 6 months ago 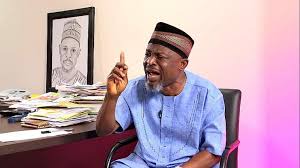 The member of Parliament for Sagnarigu Constituency on the ticket of the National Democratic Congress, Hon ABA Fuseini has told host of Pan African TV morning show, Kwame Danso that in Politics, you can not released information carelessly as your opponent is trying hard to destroyed you.

The member of parliament made this comment known when he was discussing about Hon Samuel Okudzeto Ablakwa resignation, and the host was pushing him to the wall to let the cat out of the bag.

Hon ABA Fuseini has stated that he totally disagree with the resignation of Hon Samuel Okudzeto Ablakwa from the appointments committee because of some reasons.

According to him, Hon Samuel Okudzeto Ablakwa was working under Leadership in parliament and he did not appoints himself onto the appointment committee although he has the right to resign but he disagree with him.

He stated that the member of parliament for North Tongu constituency do not consult the minority caucus or leadership in parliament before he resigned and he was not bold enough to tell Ghanaians the actual reason that led to his registration.

According to him, the NDC has information to released but it will come later but at this point of time, they will keep it for they know the party they are dealing with in parliament.

" No Kwame listen, you cannot release information carelessly in Politics and we know the party we are dealing with. As at now we won't talk much but as I told you already, I disagree with my colleague member of parliament for resigning although he is independently elected but when he comes to the house, he did not appoint him onto the appointments committee. He should have been bold enough to explain why he has resigned and not just putting some small statement that doesn't contain much information" he said.

“The Kasoa Slay Queen Has Done It Again.” Check Out What This Lady Was Doing At A Party…