Vladimir Is A Distinguished Man, But His Conduct About The Family Of Kaaka Is Bizarre - M. Murtala

The report by the Ejura Inquiry Committee has received severe criticism from a lot of Ghanaians for doing a shallow job. The family of the late Kaaka have also come out and rejected the reports of the Ejura Inquiry Committee through a press conference. According to the family, the report is just another propaganda that seeks to whitewash the government.

Reacting to the press conference and the rejection of the Ejura Inquiry Committee's report by the family of Kaaka, the Member of Parliament for the Tamale Central Constituency, Comrade Ibrahim Murtala Mohammed, on 'GH TODAY' on GHONE television has said that Vladimir Antwi Danso is a Distinguished person who taught him at LECIA, but unfortunately his conduct and statement about the family of Kaaka is bizarre.

According to Comrade Murtala Mohammed, there is no doubt in the distinguishing nature and character of those individuals who constituted the members of the Ejura Inquiry Committee.

Murtala Mohammed revealed that Professor Vladimir Antwi Danso is one person with whom he had a very close relationship as a student leader on campus because he was the Dean and was very close to him when he went and did his second degree at LECIA. He taught him International Economics. 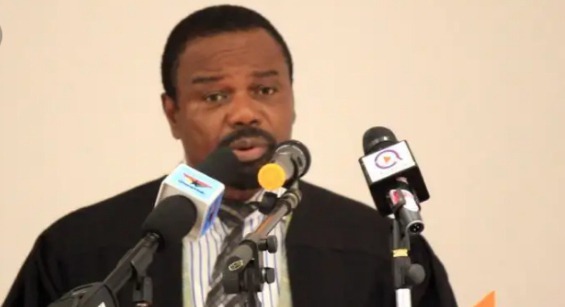 "He is a very distinguished person, but unfortunately he conduct, and what the committee did and the subsequent statements he made with regards to the reaction of the family of Kaaka was utterly bizarre."

Comrade Murtala Mohammed indicated that on one breathe Professor Vladimir Antwi Danso said that the family of Kaaka didn't send him to go and do any work therefore, they could not be making the kind of demands they were making. That statement from him was bizarre, it was unempathetic, and it was unsympathetic to a family that lost a brother, a son, a father, and a husband.

"As we sit today, the kids of Kaaka are orphans and the wife is a widow, and only God knows how the education of such kids are going to be continued, their education may be truncated as a result."

Moreover, they do not have the privilege to come from an elite family. They are coming from a family that is found in some corner at Ejura, and that is what justice ought to be demanding, that those who do not have influence are given justice, but unfortunately it was completely missing in the case of the Ejura Inquiry Committee's reports.