By Tawheednews (self meida writer) | 19 days 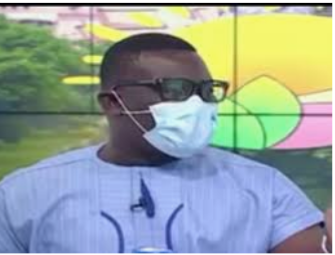 It appears Government fight against illegal mining popularly called Galamsey is not yielding any results, even after the appointment of a former Deputy Chief of Staff, Abdulai Jinapor to head the Lands and Natural Resources Ministry.

This is according to one of Ghana's most popular morning show host, Johnnie Hughes of TV3.

In what appears to be a verdict on Ghana's fight against Galamsey, the popular journalist took to his social media page to indicate how Ghana is pretending to be fighting the illegal Mining. 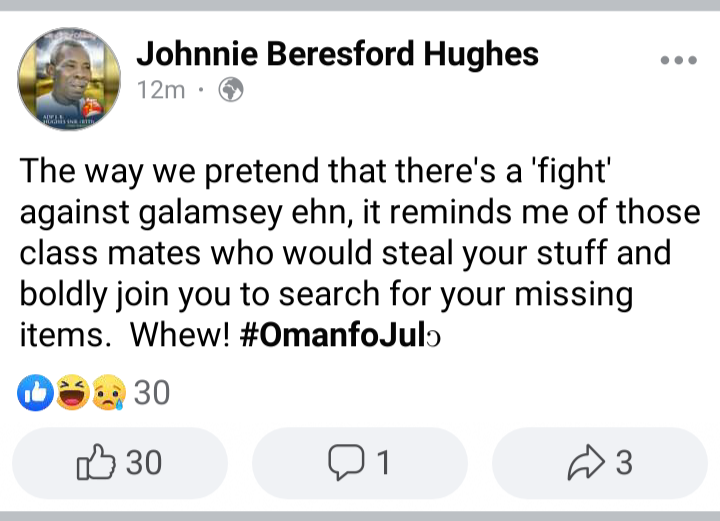 The fight against Galamsey has been a major issue in the Country as there are so many challenges debilitating against the fight.

In the first term of President Akufo-Addo, there were a lot efforts put in place to end illegal mining after he declared that, he has put his Presidency on the line to fight it.

Some few Months in to the fight, there were a lot of progress as some water bodies begin to regain their natural state and some illegal miners were arrested and their equipments ceased.

But, the success in the fight was short lived after some allegations of bribery against some officials who were leading the fight and the missing of some excavators that were ceased from the illegal miners.

But after the 2020 Elections, President Akufo-Addo called on Ghanaians to come together and fight the illegal mining in the Country, there was a National dialogue organized by the Lands and Natural Resources Ministry for stakeholders to discuss how to deal with the fight against Galamsey in the Country.