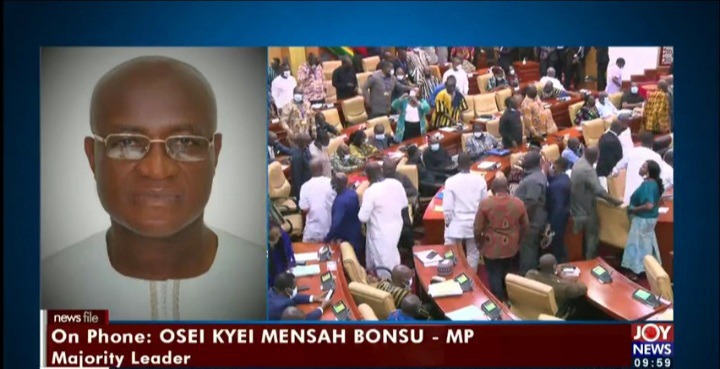 As the much anticipated showdown took place in Parliament yesterday, Ghanaians have been made to share mixed reactions over certain actions that transpired. Even prior to the voting, the minority had threatened to reject the budget in its present form as it appeared cruel and insensitive to Ghanaians.

It is on record that, the majority Caucus was over 2 hours late to Parliament, an action that infuriated the minority Caucus. In a presser by Honourable Sam Nartey George, he announced that the NPP MPs are running from their own budget. However, Annor Dompreh issued a counter statement to refute the allegations by the Minority MPs.

Earlier today, November 27, 2021 Honourable Osei Kyei Mensah Bonsu who is the Majority Leader and Member of Parliament for Suame constituency was interviewed by Samson Anyenini on Joy Newsfile show. He was questioned over his Caucuse's behaviour in Parliament.

Honourable Osei Kyei Mensah Bonsu made a number of cases to tag the rejection of the budget as illegal and unconstitutional. He believes that the Speaker and the house acted against prescribed processes for such occasions in Parliament. In effect, he totally disagreed with the results of the voting that took place.

Reacting to the claims that the Majority MPs were hiding from their own budget, he reiterated and justified Annor Dompreh's reasons for their lateness in the house. He explained that the Majority Caucus were in a meeting prior to the sitting and his prompting made the Speaker suspend sitting for 30 minutes. 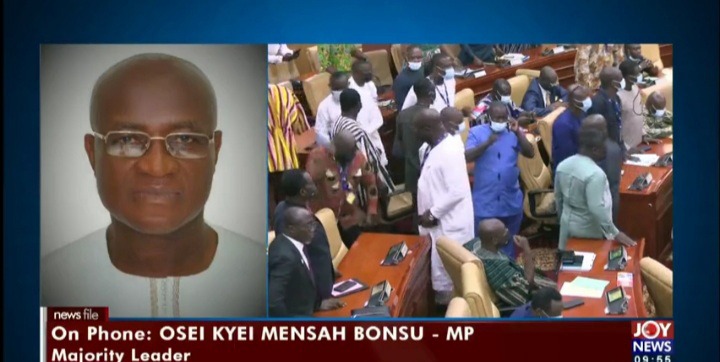 Speaking further, he indicated that, the majority has no idea of the fact that the budget has been rejected because it is unconstitutional. He also registered his displeasure over how Alban Bagbin rejected Finance Minister's appeal to engage the two Caucasus in Parliament. He said, "As at now,we disagree with the voting and anything that happened over there. As far as I'm concerned, the voting was unconstitutional. The minority Caucus has no idea what we are going to do!"