Who Does And Who Dies; Mahama Must Answer Wole Soyinka's Question 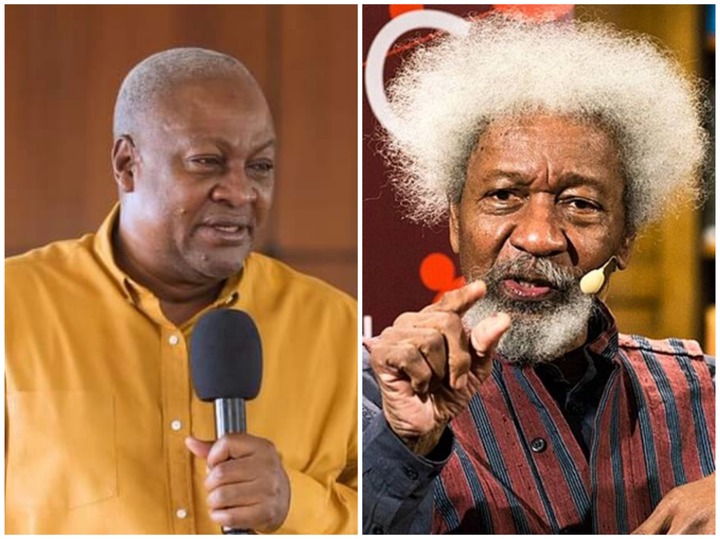 It was in September 11, 2019 that the famous Nigerian play writer, Wole Soyinka made a profound statement about African politics. It a quote that introduced the famous 'Ishaya Bako's 4th Republic' play, Wole said; "The politics of Do or Die in Nigeria does not guarantee who Does or who Dies."

This sounds so much of a preadmonition to African politicians who in their desperation employ allsort of machinations, even if it will cost the lives of followers, to win political power. You cannot mistake the catch phrase "Do or Die" by former President John Dramani Mahama, cannot be mistaken as just an idiomatic expression but an explosion so dreaded by the elderly Wole Soyinka.

For someone who had witnessed several political insurrection in and across Africa, this chant, war drum; goes beyond everyday English expression as it's implication in the social, political and security affairs of a nation could hardly be assessed.

Using Woke Soyinka's probing of the catch phrase of "Do or Die", John Dramani Mahama is confronted with two main issues; who Does, and who Dies in the quest for political power. These questions open up seriois issues with John Mahama's call, especially when Ghana's political space has been largely exploitative of the grassroot supporters.

Another far reaching matter is who does what that one must die for? In this context, the politician [in this case, John Mahatma and the National Democratic Congress] gets to protect its own interest of wining power by employing every resources including the supporters who are being charged to embrace the 'extreme' and 'vigilant' act of protecting the ballots of the NDC, even if it would 'take their lives'.

We have been in this country, witnessing how certain statements by John Mahatma had caused serious protests in Ghana. Post-2020 election was marked with deadly protests across the country because the same person urged his supporters to hit the street over an alleged manipulation of electoral results by the Electoral Commission.

This precedence of violence and the unremorseful attitude of the NDC in the past needs to be guarded especially when the sub region is at the height of insecurity.

Well, I am not going to berate this matter. I only leave you to ponder on the questions raised by Wole Soyinka, and advice yourself so you don't get swayed by these political statements.