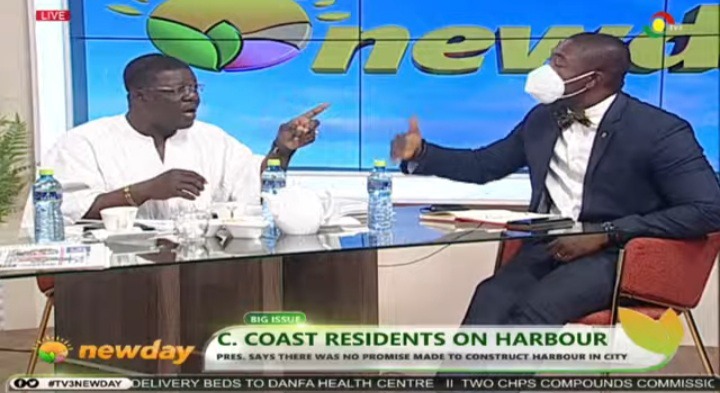 Today on TV3's morning show, Newday with Jonny Hughes hosted Lawyer Rockson-Nelson Etse Dafeamekpor and Dr. Bernard Okoe-Boye. The discussion was on the President of Ghana, Nana Akufo-Addo's statement he made saying he never promised the people of Cape Coast a harbor but rather a landing site.

The people of Cape Coast and Ghanaians see this statement made by Nana Akufo-Addo as untrue, since it was stated clearly in the NPPs manifesto in 2020, and was mentioned by Dr. Mahamudu Bawumia during the launch of the manifesto in Cape Coast. That they will build a harbor and an airport for Cape Coast when voted into power.

Dr. Bernard Okoe Boye was asked by Jonny Hughes to defend the statement the President made for Ghanaians to believe in him again because the people of Cape Coast now thinks the NPP have lied to them. Dr. Okoe Boye replying to this said for him he thinks there is no lie in what the President said. 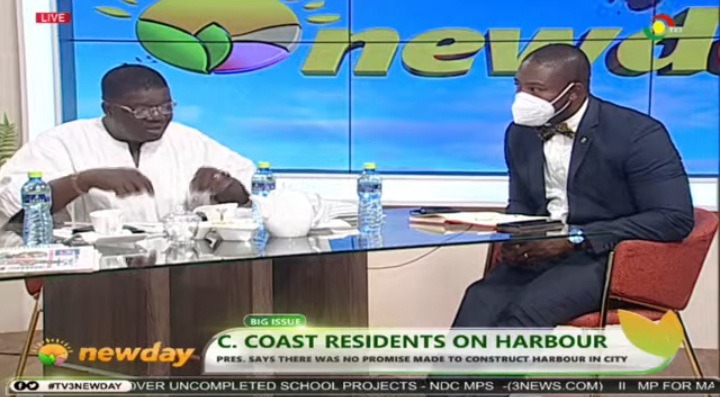 The President said he doesn't remember promising Cape Coast a harbor or stating anywhere that he will build a harbor for Cape Coast. And the President is right because he did not say that, it was the Vice President who said that and not the President. Even though it is captured in their manifesto and he agrees to that, the President personally didn't stand anywhere to promise anything of that sort, so let us get the President right.

Now the President says he will build a landing site in Cape Coast and according to Dr. Bernard Okoe-Boye it is the same thing as harbor and so it will fulfill what was stated in their manifesto in 2020. But the NDC panelist Lawyer Rockson-Nelson Etse Dafeamekpor did not agree with him on that.

Lawyer Rockson-Nelson Etse Dafeamekpor the NPP have failed the people of Cape Coast because they are now running away from the harbor they promised. Okoe-Boye is a doctor and he should know that a harbor and a landing site are not the same student are watching and he should not disgrace himself. Lawyer Etse said; "Okoe-Boye students are watching, stop disgracing yourself here, because a landing site is never the same as a harbor. Just accept it that you have failed the people of Cape Coast and Ghanaians".

Okoe-Boye boy still insisted there are similarities and that Lawyer Etse can check it out for himself online and in his dictionary. Do you side with Dr. Okoe-Boye on this?