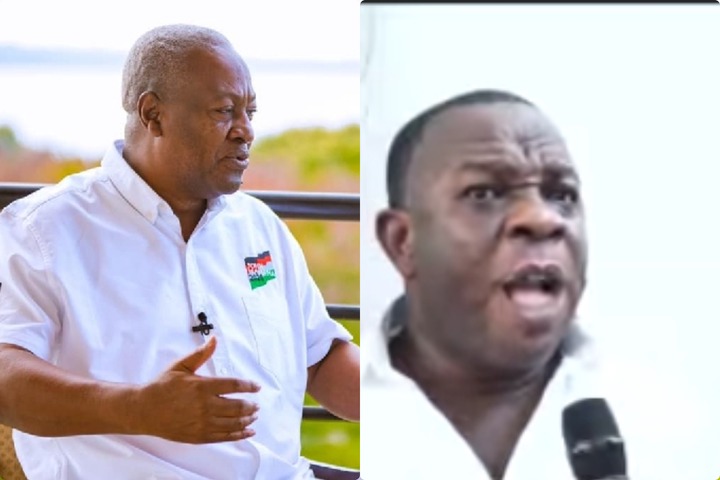 Director of Operations at the Presidency, Hon. Lord Commey has said at a National Delegates Conference in Accra on Friday, October 15, that the New Patriotic Party (NPP) is meticulously galvanizing its grassroots towards their ultimate agenda of retaining power in Ghana come December 7, 2024 as part of their efforts to break the eight years electoral cycle.

Speaking to Joy News, Lord Commey reiterated the resolve of the party's unwillingness to leave the presidency to any other party. He said that this is however not at all cost because what they are doing is that they want to strengthen their grassroots so as to ensure that the good people of Ghana maintain the NPP in government by voting for anyone that would be chosen by the party and approved by President Nana Addo Dankwa Akufo-Addo.

"Oh as for power, we in the NPP government won't allow anyone to take it. We are willing to do anything possible and legal to maintain the presidency and break the eight years electoral cycle, as it were since 1992. I am not saying that we will do this at all cost. The good people of Ghana will vote for anyone approved by President Nana Akufo-Addo.

Citing the words of Late President Jerry John Rawlings, Lord Commey recounted that he was not willing to hand over power after he was disappointed in those he left it for. In the same vein, they are not willing to hand over to the National Democratic Congress's John Dramani Mahama or anyone they might choose, or any other party in the country so long as he lives.

According to the NPP government, the good works of President Nana Akufo-Addo are too enormous to be left in the hands of another government who would come and thwart them under foot. They said that they would do everything within their powers so ensure that this eight years cycle of presidency is broken in Ghana.