‘I’m disappointed in the current NPP gov’t, it could’ve done much better’-Richard Anane

By KwansimaArthur (self media writer) | 5 months ago

A leading member of the governing New Patriotic Party (NPP) has scored the Akufo-Addo government low marks saying he is to some extent disappointed in the administration's achievements so far.

In the view of the former Member of Parliament (MP) for the Nhyieso constituency in the Ashanti Region, Dr Richard Wilfred Anane, the government could have achieved more than it has, to better the lives of Ghanaians.

According to the one-time Minister of Roads and Highways under former President John Agyekum Kufuor, per his assessment of the development deficit of the country, the government in his opinion could have achieve more in its first term.

Speaking on a Kumasi-based television station Oyerepa morning show on Monday May 24, 2021, Dr Anane earlier in the interview debunked a question by the host Bismark Brown, that he sounded disappointed in his party’s government.

He however, almost immediately admitted he was disappointed in the government after he cited reason why the government should have developed the country better than it is today.

I am not disappointed. Why I am saying what I said earlier was that I look at the whole of Ghana, I look at Kumasi, I go round the country and I ask myself I thought we could have done much much much better so why?

That one, if you say I am disappointed, I will say I am bit disappointed because I feel that this government of the NPP, could have done much much much better.

Asked if he was disappointed in the administration of President Akufo-Addo he refrained from going any further except to say “I have said what I wanted to say”.

Earlier, the former Health Minister questioned the intention behind government promise that it was going to build some interchanges in the Ashanti Regional capital Kumasi.

According to the physician, he had personally led a team to get some projects on behalf of the government which included these interchanges and lorry parks in Kumasi but they were abandoned after paper works were completed for unknown reasons.

He said people in government including the vice president Dr Mahamudu Bawumia, were introduced to the work he did.

Please for me, if the government is able to do it fine. 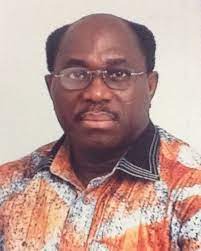 that it is now going to do it when they know the processes have been done? Well, let’s see how it works.

When his attention was drawn to the possibility that the government perhaps didn’t pursue that paper works probably because there was no funds for it, retorted “It depends on who you are and how you do things.

You can always get things done assuming you really want to do it. The government may not have the funding lying down but you can help to get things fixed”.

The politician also did not shy away from his choice of presidential candidate for the NPP which at the time was now Trade Minister, John Kwadwo Alan Kyeremanten when it went to primaries years ago which elected the then candidate Akufo-addo.

“We had our differences and so you will notice that when we were going for our primaries, I came out to endorse Alan. I had my own preference”, Dr Anane said.