Nana Addo Is Still Incorruptible;There Is No Evidence Of Him Being Corrupt-Kamaldeen Abdulai Affirms

By Cityzen_Vigilante (self meida writer) | 26 days He made this assertion during a panel discussion on Tv3's "Newday show" today, August 31, 2021, with the host Johnny Hughes. Prior to the 2016 general elections, one of the strong messages the NPP rallied was allegations of corruption against the then President John Dramani Mahama. Then-candidate Nana Addo Dankwa Akuffo-Addo was presented as incorruptible and that he was going to protect the public purse.

Fews years down the line, tables have turned, and now, members of the National Democratic Congress are accusing him of being corrupt and draining the public. Other accusations are claims that his government has borrowed more in the history of this country but have little to show for. Another revelation that appears to flame these allegations is that of the former Special Prosecutor, Martin Amidu, who at the time of his resignation described President Akuffo-Addo as a "mother serpent of corruption".

One thing is clear, both parties have always attempted to trumpet on revelations made during each other's tenure to score political points.

Kamaldeen Abdulai has maintained that, contrary to claims by the NDC hierarchy, the President remains incorruptible. 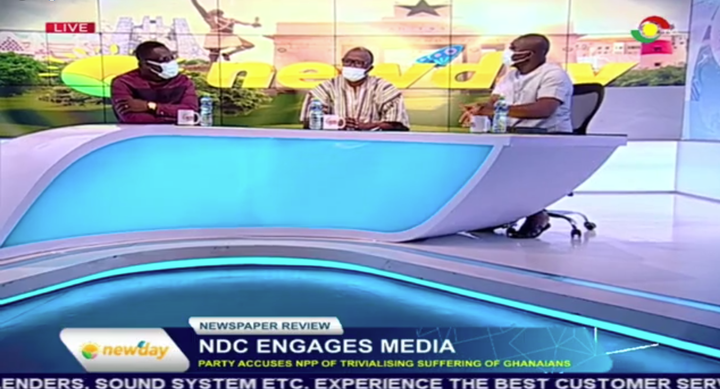 Asked by the host of the show if he thinks the President still remains incorruptible, he responded; He accused former President Mahama of corruption during his Presidency and also highlighted on some instances.

Some Ghanaians have started asking questions on the credibility of the President as an incorruptible individual after several allegations of corruption have been leveled against his government.

Latest on the list is the Sputnik V vaccine where there have been calls for the President to sack the Health Minister but he still remains in office. Others are; the PDS scandal, AMERI deal, the FHS contract at the Kotoka International airport, the AGYAPA deal, among others.

The President has been accused by the opposition of being deep-neck in a lot of corrupt deals in the country and has also accused him of witch-hunting on members of the NDC just to score political points.

I think it is about time the NPP and the NDC put Ghana first in all they do. It appears that both parties are more interested in the next election than in solving the problems in this country.