You Think You Are Tough; Take Sam George To Burma Camp And Teach Him A Lesson- Kwaku Annan 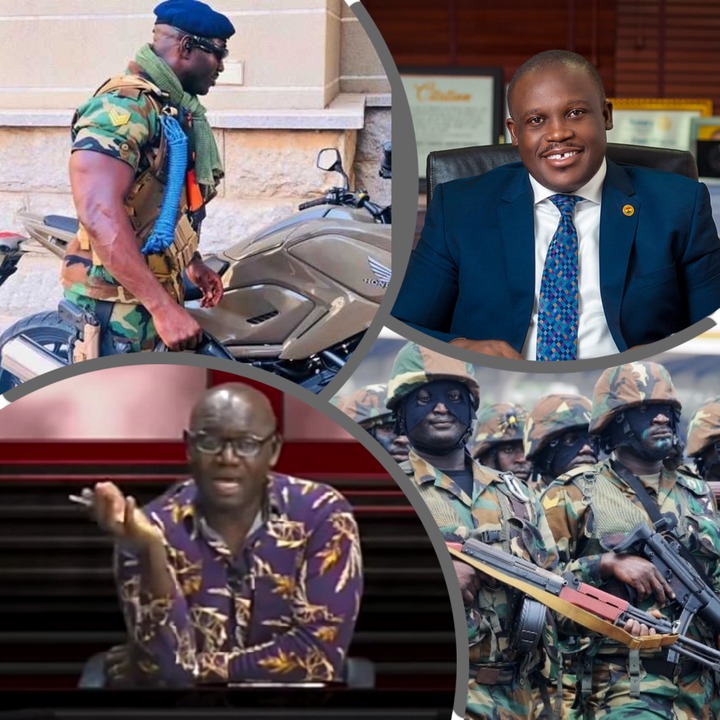 Host of the Seat Show on Net2 Television, Kwaku Annan has urged the Ghana Armed Forces to drive the Ningo Prampram parliamentarian to Burma Camp and discipline him for attacking the Chief of Defence Staff. Mr. Annan argued that Sam George has been very provocative and disrespectful of the authority of the military, and must be shown his limits.

On the show last night, Kwaku Annan disclosed that the parliamentarian had developed the penchant of attacking the military “thinking he is invincible.” He stressed that the recent utterances by Sam George at the ‘Match for Justice’ demonstration some weeks ago was inciteful and dangerous to the peace of the country.

He remarked that it is quite strange why then sections of the Ghanaian media particularly the Multimedia Group had been silent on such commentary, and rather personalized a caution the Assin North MP, Kennedy Agyapong threw at them for misreporting issues on the Ejura incident.

Mr. Annan insisted that for Sam George to “have threatened violence on the military during the protest cannot be shelved.” He stressed that its about time Sam George is taught a lesson so he keeps his attitude in check.

“Even that the military has forgiven him. He should have been hauled before the Ghana Armed Forces or the privileges committee. He should be put at Burma Camp…lash you! Look at him. It is the behaviour of him that he was slapped at Ayawaso. When he goes wrong you don’t talk about his wrong doing. He must be reminded of his utterances.

“You charged at the Chief of Defence Staff? Sam George you must be told that you aren’t tough! Take it easy before you regret it. That disrespect you have developed in Ghana…let the NDC advice you.”

Kwaku Annan indicated Sam George would have learnt a great lesson to be mindful about his utterances, especially those that provokes personnel of the state security agencies.