By BizPrimes (self media writer) | 1 month ago 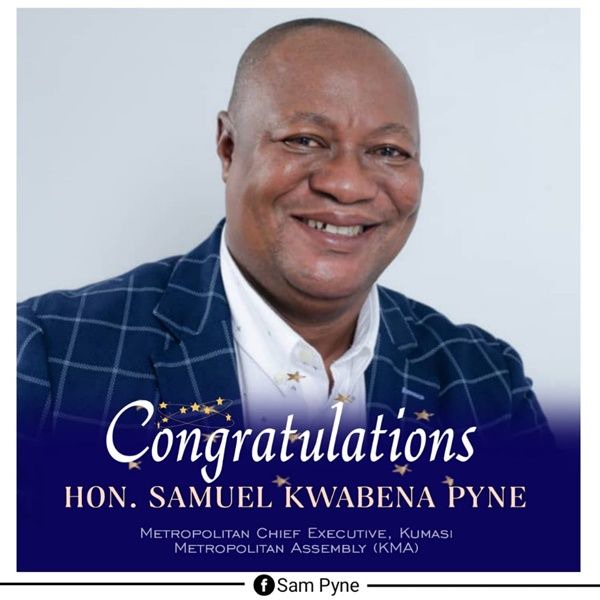 The Metropolitan Chief Executive nominee for Kumasi, Samuel Kwabena Pyne, was confirmed with 55 yes votes out of a potential 58.The President's nominee was approved by government appointees and Assembly members in Kumasi on Tuesday afternoon.

President Akufo-Addo had earlier encouraged the Kumasi Metropolitan Assembly (KMA) to reconsider its decision to reject Sam Pyne, his nominee for the MCE position.His remark comes after assembly members stated that "no one will occupy the Kumasi Mayor office" unless the government repays the assembly's $50 million debt.

Presiding member of the Assembly is quoted to have said, the assembly's indebtedness has contributed to the underdevelopment in Kumasi. In the past few years, the Kumasi Metropolitan Assembly is said to owe its contractors and business partners over ¢50 million, a situation that has rendered the Assembly to rely on common funds for payment for the past two years.

He is now the new Metropolitan Chief Executive for Kumasi.

Content created and supplied by: BizPrimes (via Opera News )