The presidential appointee to be the MCE for Cape Coast metro, Hon Ernest Arthur was confirmed today after a controversial voting process. This resulted in a fight between assembly members of the area and the police. Hon Arthur after his first nomination was declined by the assembly members after voting. The President appointed him again which was the reason for today's voting. 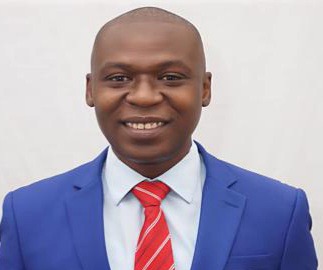 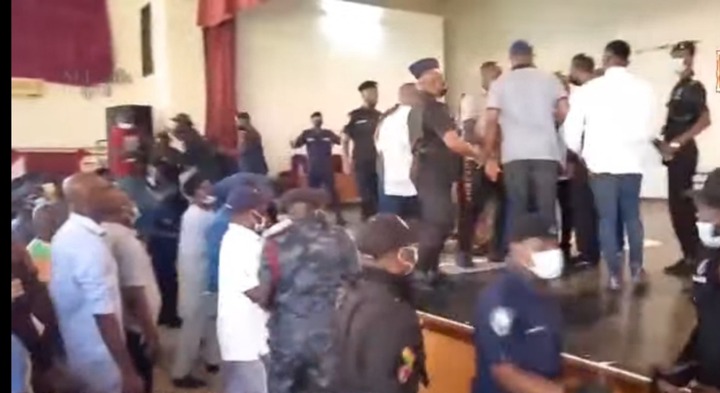 The EC official just came out to declare the results. They find the voting process unlawful. Another incident that occurred was that a man run to the stage and snatched some of the ballot papers. Unfortunately, the policemen were unable to arrest him. The fight started when some concerned assembly members climbed the stage after they saw the EC official placing some of the sorted ballot papers back into the ballot box. 63 out of 65 assembly members voted today. 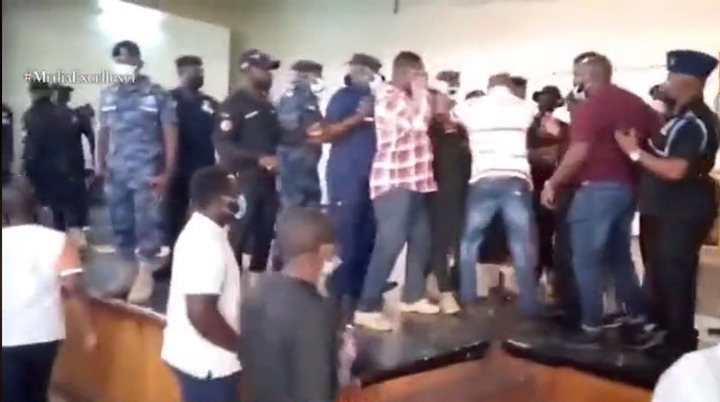 The YES votes declared was 45 and the NO was 14, although some of the ballot papers had been snatched and the number of NO ballot papers on the table were 4. This made the assembly members very angry over how the EC official conducted the elections. After, the scuffle Hon Ernest Arthur has successfully being sworn in as the MCE for Cape Coast Metro. 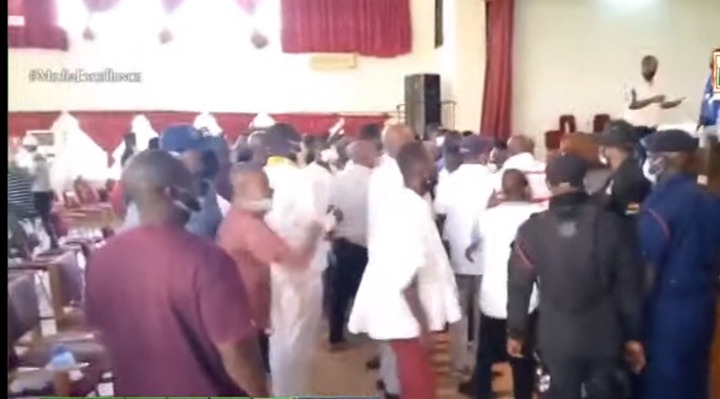 He promised to serve for the development and well being of the people of Cape Coast and as well expressed his disappointment over the fight that occurred.