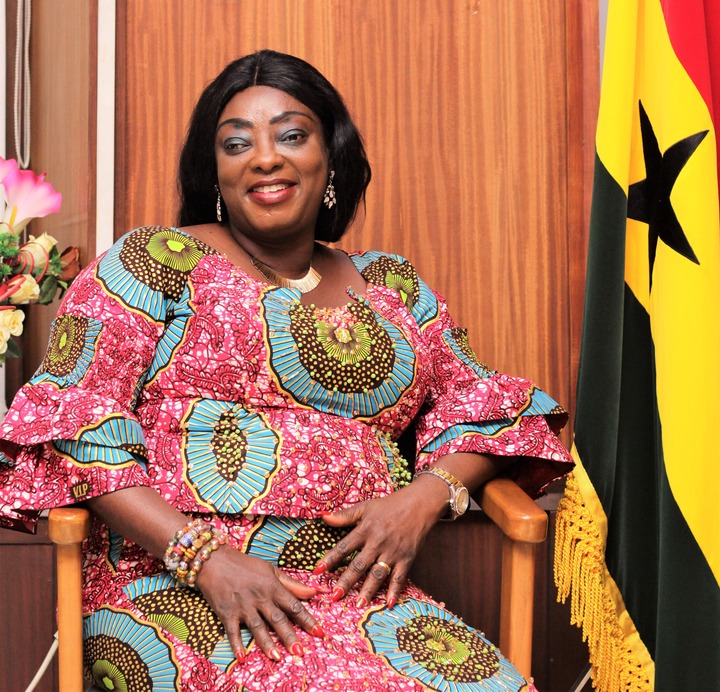 Freda Akosua Oheneafrewo Prempeh (born 23 January-1966) is a Ghanaian politician, and Member of Parliament in the Seventh Parliament and Eighth Parliament of the fourth republic of Ghana representing Tano North Constituency in the Ahafo Region, Ghana. She's currently the Minister of State, for the Ministry of Works and Housing, Ghana. She previously served as the Deputy Gender Minister and also Assemblymember - "Assembly Woman" from 2002 to 2010 for the Lakoo Electoral Area of the La-Dadekotopo Constituency in the Greater Accra Region.

In 2017, she was appointed chairperson of an 11-member Local Organising Committee (LOC) tasked to organize the 2018 African Women Cup of Nations.

She was born on 23 January 1966 in Accra to a Ghanaian Royal family. She is the third daughter of the late Ohenenana Akwasi Agyeman Dua-Prempeh, of the Ashanti Royal Family and the late Nana Ama Serwaa, Kontihemaa of Duayaw Nkwanta,( known in private life as Madam Georgina Ansah).

Freda started her basic education at University Primary School, Kumasi and furthered with her Ordinary(O) level at Technology Secondary School (now KNUST Senior High School) in Kumasi, Ghana, and continued with her Advanced level Certificate (A level) at the Accra Workers College in Accra, Ghana. She then proceeded to the Ghana Institute of Journalism, where she pursued a Diploma in Public Relations and Advertising. She was honoured as a Certified Public Accountant by the Ghana Institute of Management and Public Administration in 1998. She holds both a Certificate and an Advanced Certificate in Marketing, DipM, MCIM, Chartered Marketer Professional Postgraduate Diploma in Marketing, all from the Chartered Institute of Marketing, United Kingdom. She obtained her degree in (Business Administration), Human Resource Management Option from the University of Ghana in 2006. She also studied MA Comms, Media, and Public Relations at the University of Leicester, UK, and also has a PhD in Business Administration from the Ghana Technology University College.

Freda Akosua Prempeh hails from Duayaw Nkwanta, the capital of her parliamentary Constituency, Tano North, in the Ahafo Region, Ghana. She is a Christian and is married with a son.

Freda almost lost her life to the June 3, 2015 flood and fire disaster at a circle, Accra.

Before Freda's election into office as a Member of parliament in 2013, she was a manageress at the Point Four Hotel in Sunyani and had also worked with Prison Service for 10 years. She is a sports fanatic and staunch believer in women's capabilities.

Freda Prempeh belongs to the New Patriotic Party (N.P.P.). Her political career started back in 2002, as an Assemblymember for the Lakoo Electoral Area of the La-Dadekotopo Constituency in the Greater Accra Region, for 8 years, In February 2006, she was called to serve on the National Reconciliation Commission as a Public Affairs Officer for 9 months. She's is currently a member of Parliament for Tano North Constituency, and serves on the Mines and Energy, Government Assurance Committee in parliament. She was appointed the Deputy Minister of Works and Housing, in 2017 by President Akufo-Addo. She's currently the Deputy Minister of Gender, Children and Social Protection.

She contested in the 2020 Ghanaian general election as the parliamentary candidate for the Tano North seat on the ticket of the New Patriotic Party and won by more than 51%. This makes it her 3rd term as an MP and now a member of the 8th parliament of the Fourth Republic.