By Bobi360news.gh/legalnews (self media writer) | 1 year ago 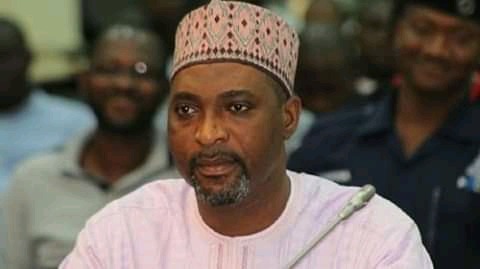 MP for asawase in the Ashanti Region, Muntaka Mohammed has rendered an unqualified apology to the Justices of the supreme Court for defamation.

In a letter that addressed the press, he said he made broad consultations and later realised that the statement didn't just go to one person but the whole of the Justices at the Supreme Court. He further said that he will assume silence and not talk about the issue again on Radio and Television during interviews.

It's very disappointing seeing an MP lay such allegations against any dignified persona without substantive basis or evidence. He will receive public backlashes due to his inability to provide evidence to support this claim.

Will the supreme Court punished him?

Certainly no, but he might be invited for questioning and if there's a need he might be fined to avert such incidence from happening again.

The judicial and legislative arm of governance should Accord each other the needed respect.

Muntaka should have been the least person to lay such accusation because he is the deputy minority leader and should know better.

He has since said we should let a sleeping dog do so in peace. This means, all parties involved are to let go of all issues pertaining this topic, else if any of the sides especially the Justices from the SC brings this issue up again, he will be forced to reveal the identity of the Justice.

This incidence happened when the 8th Parliament needed to elect a the next speaker of Parliament. The NDC presented Alban Sumana Bagbin and the NPP retain Prof Mike Oquaye. This was contest that was conducted on the floor of Parliament and required that members vote. Both sides on Parliament didn't have any strong margin to go into the election with confidence of winning. So everybody needed the support of the other. It's in this light that a supreme Court Justice called on a member of Parliament from the NDC side to vote for Prof Mike Oquaye. This MP according to reports was a first timer so she consulted with Muntaka and spilled everything out, so Muntaka couldn't also hold it back to himself but revealed it during an interview he had on Joy FM.