The nation is currently involved in another brouhaha as the question of whether the country should buy a new presidential jet. According to Eugene Arhin, the country has spent a lot and It was time for a new one to curb some of the expenses. Many argue that there is nothing wrong with the old one and even if there was, in a time like this the government has to wait. 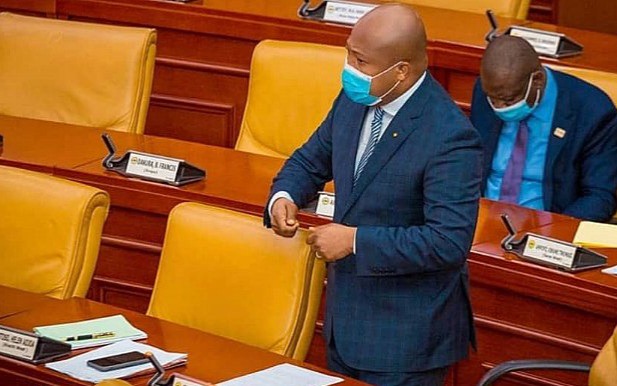 Hon. Okudzeto Ablakwa has been instrumental in campaigning against the acquisition of jets and the high cost of expenses regarding President Akufo-Addo’s travels. Since Okudzeto filed an urgent question regarding costs, there has been many false starts by the government to answer that question. The Minority in Parliament have joined Okudzeto to question the purchase of a new jet.

Kwesi Pratt however doubts that the Minority can change the minds of the Majority in securing a jet. According to him, the Minority in so many debating and voting times have proved that they cannot stand on their own despite having enough numbers o0 137/137. He called on Randy to stop believing the joke that the Minority can win a debate or stop a government’s decision.

I can bet on this and tell you that Okudzeto is on his own. You think he is speaking for the 137 minority? What gives you that hope? That they are 137 and they still call themselves Minority is a problem. Your hope is very small. Okudzeto is just talking. Who is listening to him? Who will follow him? Poor boy. I don’t know if he discusses with his minority. Randy, let’s stop these games. It doesn’t help anybody. Why did he resign from the Appointments Committee when he is discussing with his members? I don’t think they will succeed” Mr. Pratt said.

Per Kwesi’s commentary, he feels that the opposition only know how to talk and not act. He felt Randy was just believing the joke that the minority will stand and prevent a purchase. Mr. Pratt insisted that the NDC MP s have failed the country because despite their equal numbers in Parliament, they have failed on a number of critical decisions.