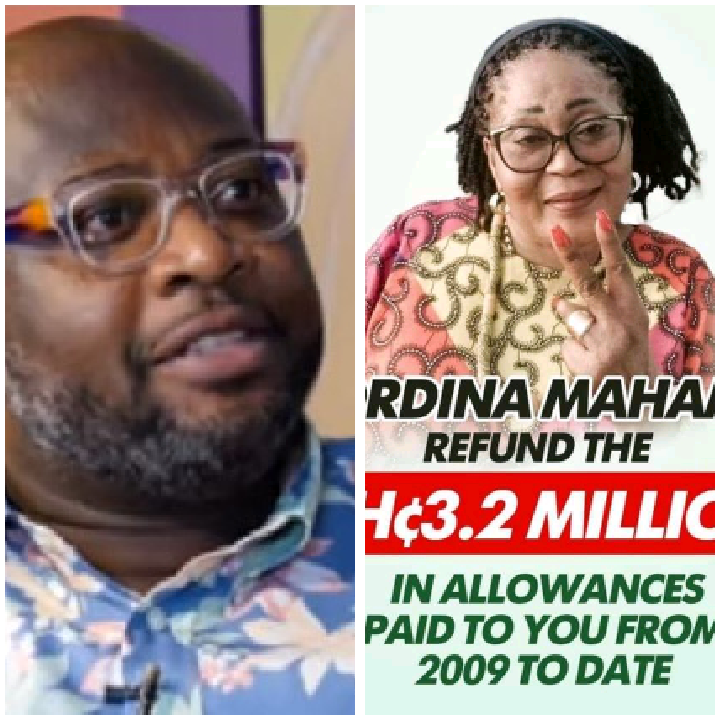 The supporters of the ruling New Patriotic Party, have initiated a spirited campaign, demanding that Mrs Lordina Mahama and Mrs Matilda Amissah Arthur refund some purported salaries paid to them during their term of office as first and second ladies respectively.

In a document circulating on social media, the NPP "foot soldiers", led by the CEO of the Accra Digital Center, alleged that the wives of Mr Mahama and his vice received GHS22,724 and GHS22,425 respectively as monthly salaries in 2016. They are therefore demanding that these monies be refunded to the state just as the the wife of the incumbent President, Rebecca Akufo-Addo has decided to do.

Meanwhile, the host of Metro TV's Good Morning show, Dr Randy Abbey has described the said document as fake. He observed that the name of the former second lady was also spelt wrongly, rendering the propaganda incompetence. "This is a very important propaganda", he said.

Besides, the former Deputy Minister of Finance, Cassiel Ato Forson has earlier on revealed that the ministry of finance had never paid the purported salaries to the first and second ladies and called on the Ministry of Finance to issue a statement to clear the air.