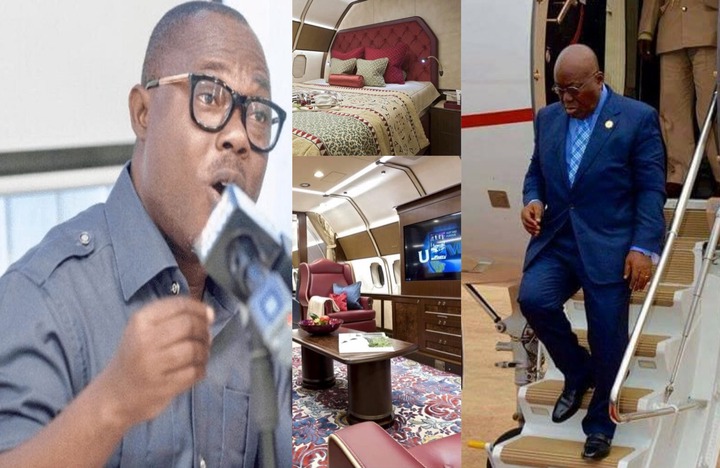 In the heat of the debate that had ensued from an announcement that the government intends to procure a new presidential aircraft, Prof Ransford Gyampo has signaled a caution to the government over their unsettled negotiations for conditions of service. In a critique posted on his Facebook page, Prof Gyampo advised that government forgoes the procurement of the aircraft and prioritize the payment of a better remuneration for public workers including the University Teachers Association of Ghana (UTAG).

According to him, it is most insensitive for the government to seek luxury for the Presidency when the people wail in a rather distressing working condition in the country. He argued that the government cannot stand the brunt of the people who are subjected to poverty when such luxuries are being championed at the expense of their needs.

Prof Gyampo who is the National Secretary for UTAG, scored that it is evidence of failed leadership when the government pursue its comfort at the expense of people [public workers and ordinary Ghanaians]. He argued that it makes no sense to impoverish the very people whose effort drives the economy.

“But when the people are angry and their conditions of service are poor, there are certain luxurious discussions that cannot be held, particularly if the government doesn’t want to appear insensitive.

“Seriously, there is leadership failure and a fundamental misunderstanding of governance, if the comfort of servants is prioritized over the conditions of service of those who work to generate national income.”

But when the people are angry and their conditions of service are poor, there are certain luxurious discussions that cannot be held, particularly if the government doesn’t want to appear insensitive.

He cried that there are several cases in our history where the leadership of this nation have selfishly advanced the gratification of their wants, and thus abandoned the efforts in addressing the hardship the people face. Prof Gaympo warned that the consequences of such decisions could be catastrophic, and thus urged the government to abandon any intention of procuring a new presidential aircraft.

He charged the government to channel any financial commitment it had intended for the aircraft, towards the payment of conditions of service for lecturers. Prof. Gyampo argued that it would be appropriate for the government to raise such an agenda when the pressing needs of the people are fulfilled.

“Whiles we mobilize to speak the language government understands, let me freely counsel government to quickly abandon the idea of acquiring new aircraft and use the money to pay University Teachers and to stabilize general conditions of service of public servants in the country. Once there is peace in the polity and once, we have resources, we can always acquire presidential jets, next time.”