By faarood (self media writer) | 6 months ago 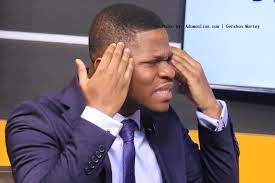 The National Communication Officer Sammy Gyamfi of the largest opposition party, the National Democratic Congress ( NDC) has expressed his disappointment and disagreement with the Assin North Election Petition judgement.

Sammy Gyamfi said he has taken notice of a decision by the Cape Coast High Court that has Annulled the Assin North Parliamentary Election held on Dec 7, 2020.

He stated that he condemned in no uncertain terms, the shameful manipulation of Court Processes by the Registrar, Ustaz Hamza of the Cape Coast High Court. He alleged that other judicial officers of the Court also frustrated and prevented the filling of a formal application by lawyers of the Assin North MP. He said the filling could have helped the trial Court to refer the Constitutional questions that arose in the conduct of the case to the Supreme Court.

Sammy Gyamfi said, it is reprehensive and appalling for judicial service officers to conduct themselves the way he alleged they did and they should have exhibited independence, impartiality and professionalism in their work. He stated that, the judgement of the trial Court is fraught with many errors of Law and that has resulted in a gross miscarriage of justice to the people of Assin North.

The National Communication officer of the NDC concluded that, the National Democratic Congress NDC, will apply for a stay of execution of the orders of the Court and appeal the judgement ASAP.

Content created and supplied by: faarood (via Opera News )