Atta Mills in His Grave is Better Than NPP Government: Netizens Allege Amidst Mixed Reactions

By Wysopera (self media writer) | 21 days ago 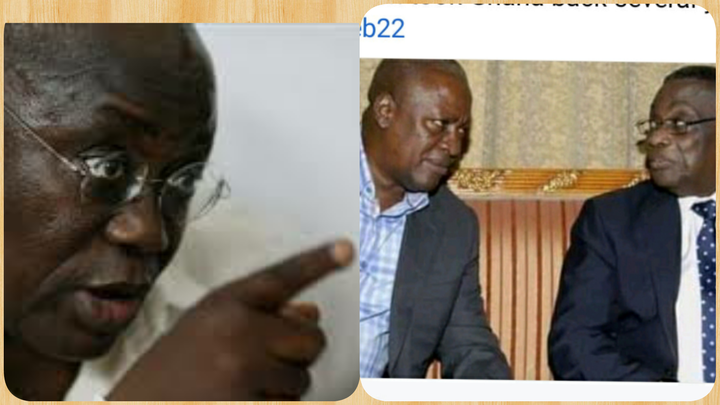 There have been three individuals that have stood and won as presidents on the National Democratic Congress' ticket since Ghana has transitioned from military rule to democratic rule.

A debate has popped up online on the facebook page of GhanaWeb on an alleged comment made by the president of Ghana.

The comment has indicated that the administration of John Evans Atta Mills at the time that John Dramani Mahama was his vice president took Ghana back several years. This has caused mixed reactions among Netizens. Below is the post on the Facebook page of Ghanaweb. According to the post, the New Patriotic Party government is bent on their agenda to break the eight year presidential reign of political parties in Ghana, and that might have necessitated such a comment from the president of Ghana, Nana Addo Dankwa Akuffo Addo.

Gideon Hey, a facebook user has challenged the comment of the president stating that the late president of Ghana, John Evans Atta Mills is better than the New Patriotic Party government.

Okyerekyereni King has called upon the president to allow the late president, John Evan's Atta Mills to rest in peace. He believes that Atta Mills must be left out of such political tussles once he is no more.

However, other citizens seem to agree with the comment of the president and this has caused mixed reactions.

Martin Junior has agreed to the assertion of the president, so has George Adenta.

What do you think about these reactions?