By Westernagenda (self meida writer) | 1 months 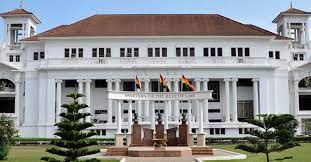 He claimed that the candidate benefited from arithmetic and computational errors and concluded that the EC’s declaration of Nana Akufo-Addo was unconstitutional since he did not obtain more than 50% of the votes cast.

He, therefore, sought the Supreme Court to rule that the election results as declared by the EC Chairperson, Jean Mensa, breached the constitution, and further asking the Court to annul the results of the polls and order the EC to organize a run-off between himself and Nana Akufo-Addo.

However, the EC said the Petition was incompetent but admitted that its Chairperson Jean Mensa inadvertently read out the figure representing the total number of votes cast as the total number of valid votes and the percentage of Mr. Akufo-Addo as 51.59% instead of 51.295%.

It said the allegation of vote padding was untrue and however admitted that minor discrepancies may have occurred as a result of computational and mathematical errors in the course of collation. These errors the Commission insisted did not affect the outcome of the results as declared by the it Chairperson.

On his part, President Akufo-Addo through his lawyers said the petition did not disclose any attack on the validity of the election held in 38,622 polling stations and added that the allegation of vote padding involving some 6,622 votes was empty and insignificant to materially affect the outcome of the election.

He further contended that the Petition did not state how many votes John Mahama should have obtained except pointing out that none of the candidates got more than 50% of the votes cast.

Consequently, all the lawyers of the parties in the case filed their closing address to make way for the final ruling.

The Seven-Member Panel who sat on the ruling today was Chaired by the Chief Justice (CJ), His Lordship Justice Anin Yeboah.

Here are the grounds for judgement:

1. Whether or not the Petition should be accepted or dismissed.

Ruling: Petition is accepted and must be heard.

3. Whether or not with or without Techiman South, no candidate crossed 50%+1

Ruling: With the inclusion of Techiman South, and even giving all valid votes to the Petitioner, the 2nd Respondent still got more than 50%+1.

4. Whether the declaration of result was against the Constitution and therefore unconstitutional.

Ruling: The declaration so made is constitutional.

Ruling: Petition dismissed as having no merit.

Content created and supplied by: Westernagenda (via Opera News )