By iNewsCorporation (self meida writer) | 16 days 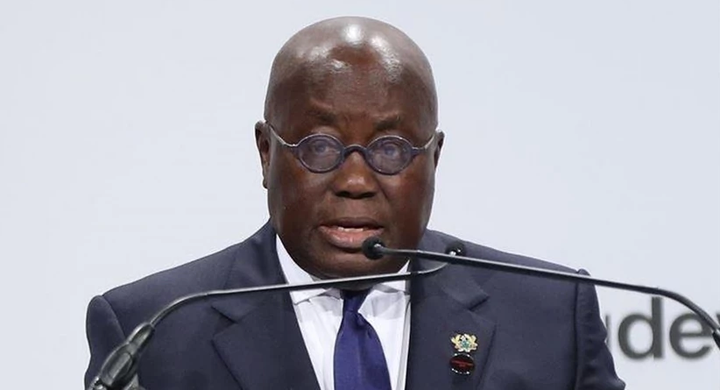 President Akufo-Addo, who recently completed a four-day tour of the Western, Western North, and the Ahafo regions has begun a two-day working visit to the Oti and Volta Regions and is expected to interact with chiefs and people of the two regions, cut sod for projects, and commission a few others.

The Director of Communications at the Presidency, Eugene Arhin, has also reveled that, Nana Addo Dankwa Akufo-Addo is also expected to comment on a recent demonstration in the Volta Region by residents of Ketu South demanding the re-opening of the border.

“God willing from Thursday, September 9, 2021, the President will conclude his tour of the country. He will go to the Oti and the Volta regions. So from Thursday, he will embark on a two-day working visit and we will apprise you of the details of this particular tour,” Mr. Arhin had said.

Well, H. E Nana Addo, has not stopped commissioning small projects, but this may have gone too far, as this poster indicates that, a gutter and adjorning lorry park, have been commissioned by him. Whereas NPP argues all projects, both small and big are important, NDC insists, he may well not have big projects to show rathere, thats why.

Comments following his viral post, have included the following

Kofi Opare Hagan Is the chief not worth visiting?

Richard Kaledzi What happened to the black man during creation!! 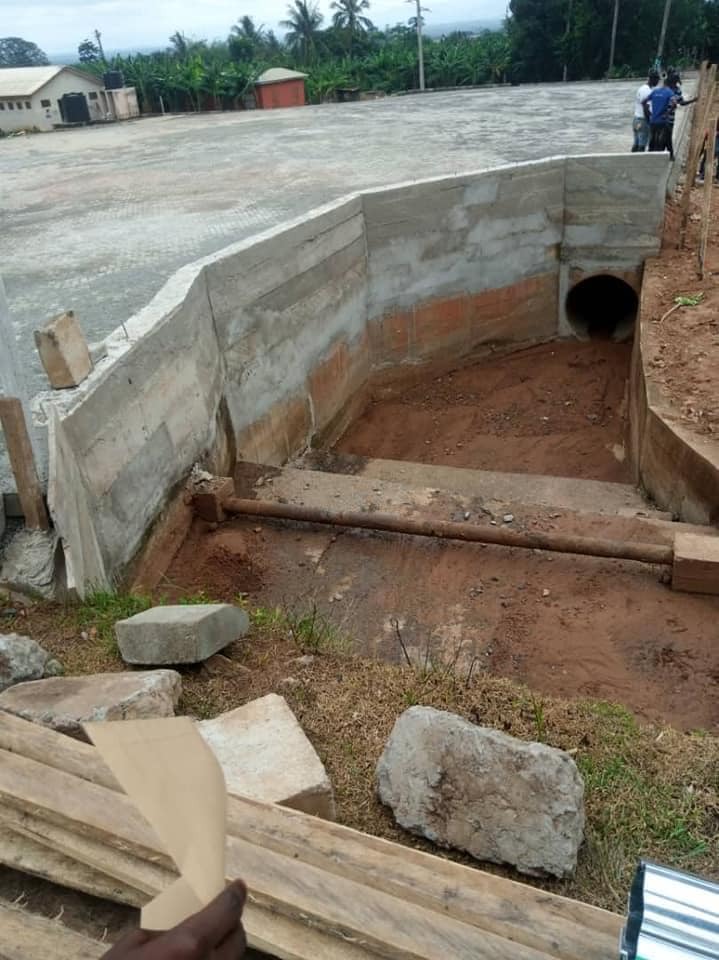 Yesutor Zola Point of correction please. It's not a gutter. It's called storm drainage. It's just laughable to say the least. 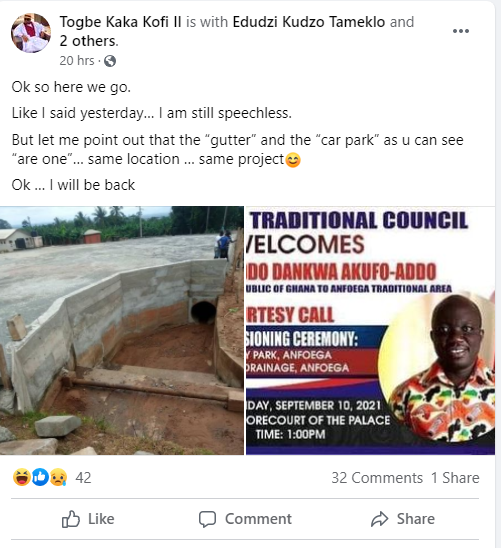 The Lawyer, Jerry John K. Asiedu, a known figure, philantopist, most recently had installed six white boards and donated its assorted board cleaners and dusters to Anfoega Dzane D/A Primary and JHS in the North Danyi District in the Volta region.

The donation was part of a personal social responsibility campaign he is undertaking to support and inspire the countless pupils in the area. Mr. Jerry John K. Asiedu in presenting the items said that, it is a privilege to be able to directly contribute to improving the teaching and learning experience in the school.

He also advised students to focus on their studies in spite of many prevailing challenges and rise to become all that they can become in life. He recounted how he grew up in the same environment that made a very indelible contribution to his life some years ago and also instilled some very strong life values in him.

Mr. K. Asiedu, assured the schools management team of his continued support till the school is best positioned to churn out more excelling professionals in the future. The head teacher of the school, on behalf of teaching staff and the students expressed gratitude to him and his team for this generous gesture and promised to corporate with him to bring in more support.

He reiterated how they are proud of him as an excelling lawyer and diversified entrepreneur in the country and asked the students to emulate him and make the school proud in the future. 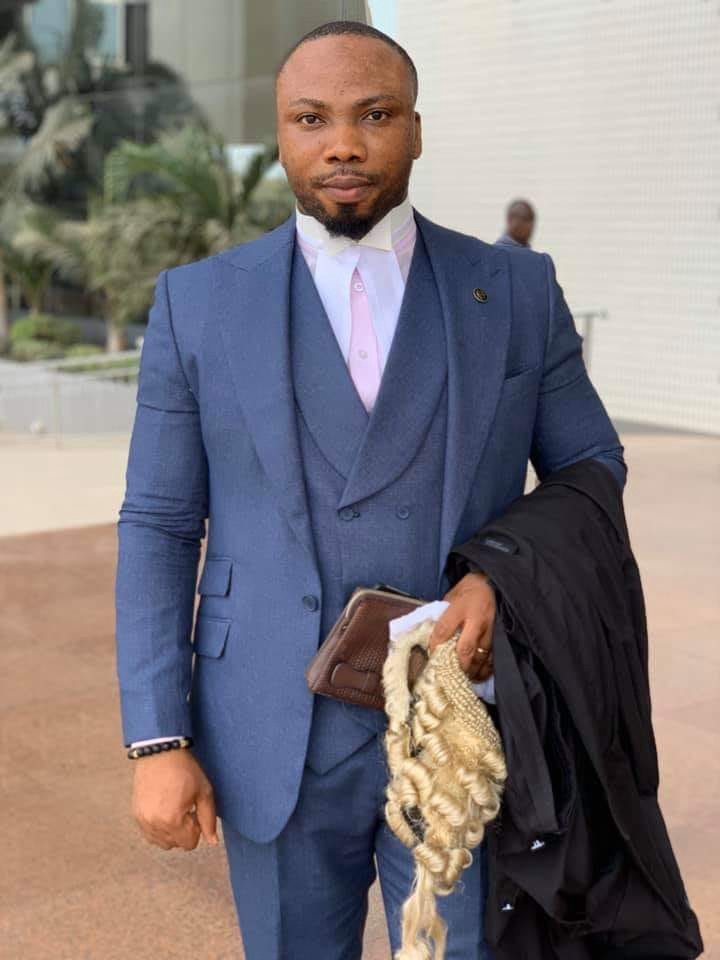 Leiza Is Beautiful Without Flaws. See Her Photos